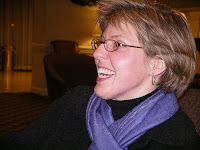 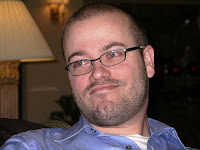 Rev. Christensen has served as ELM co-chair since its inception in 2007 and Rev. Jen Nagel began the role on June 3, 2010. Christensen and Nagel are among the first gay or lesbian pastors in relationships to be approved for the ELCA roster.

Rev. Christensen, a graduate of Candler School of Theology, Emory University (M.Div., ’02) and the Lutheran Theological Seminary at Philadelphia (S.T.M., ’04), was approved for ordination in May 2005 by Extraordinary Lutheran Ministries. He was called to serve at St. Luke’s Lutheran Church of Logan Square in Chicago, IL and was ordained there on October 21, 2006. Rev. Christensen was approved by the South East Iowa Synod on Friday, June 11. The same committee had denied his approval in 2005 because of the previous ELCA policy banning people in same-sex relationships from serving as rostered leaders.

Christensen currently serves as pastor of St. Luke’s. The congregation has grown significantly during Christensen’s tenure and has become a well-established part of the thriving Logan Square neighborhood. July 9-11, St. Luke’s is sponsoring “Boulevard Bash,” a three-day live music and food festival, a first for the area.

Rev. Nagel currently serves as pastor of Salem English Lutheran Church in Minneapolis, MN and has been there since July 2003. Nagel was ordained on January 19, 2008. Salem English Lutheran has received recognition for its work in urban renewal and transformational ministry. Faced with an unsustainable large city church building, workforce housing will be built on a portion of their land and a smaller, sustainable ministry center will be renovated and shared by Salem and ecumenical partner Lyndale United Church of Christ.

“Sixteen years ago I began candidacy to become a pastor in the ELCA. I never dreamed the journey would hold so much grace or be quite this long. I stand on the shoulders of many who have gone before and so many who have faithfully served, some facing deep pain and struggle. I give thanks for the policy changes that have led us to this day and for a more open conversation about the gifts and burdens of sexuality for all of God’s people. The ministry I share with the people of Salem will continue and, I trust, be transformed still by the Holy Spirit’s amazing power,” said Rev. Jen Nagel following the decision.

Nagel holds an M.Div. from University of Chicago-Divinity School (’98), completed work at Lutheran School of Theology in Chicago (’99) and Concordia College, Moorhead Minnesota (’94). She’s served at Central Lutheran Church and Hennepin County Medical Center in Minneapolis, in Africa, Chicago, Michigan, and outdoor ministry settings. Nagel has served on the Central Committee of the World Council of Churches and on the Minneapolis Area Synod Council of the ELCA. Nagel was approved by the Minneapolis Area Synod on June 10. Nagel lives in Minneapolis with her partner, Rev. Jane McBride (a United Church of Christ minister) and their daughter.

One Reply to “ELM Co-chairs Approved for ELCA Roster”