Each year, Extraordinary Lutheran Ministries names a Joel Workin Scholar to honor the life and ministry of Joel R. Workin, one of the “Berkeley Three” (bio below). This scholarship is open to seminarians who are members of Proclaim, ELM’s professional community for Lutheran pastors, rostered lay leaders, and those preparing for rostered leadership who publicly identify as LGBTQIA+. The 2017 Scholar is Ben Hogue. A list of previous years’ scholars can be found on our website.

Each year, seminarians are asked to reflect on one of Joel’s essays or sermons – Joel was a gifted writer and theologian. The following is Joel’s essay “The Cost.” This is the essay the Workin Scholarship Committee has asked seminarians to reflect on in their applications and it speaks powerfully to the issue of “coming out” which has been the theme of our blog posts this past month.

As a note: ALL seminarians who are Proclaim members are qualified to apply for the Workin Scholarship. The deadline to receive applications has been extended to June 15th. If you or someone you know is an LGBTQIA+ seminarian, please encourage them to apply! You can find out more about the scholarship here. 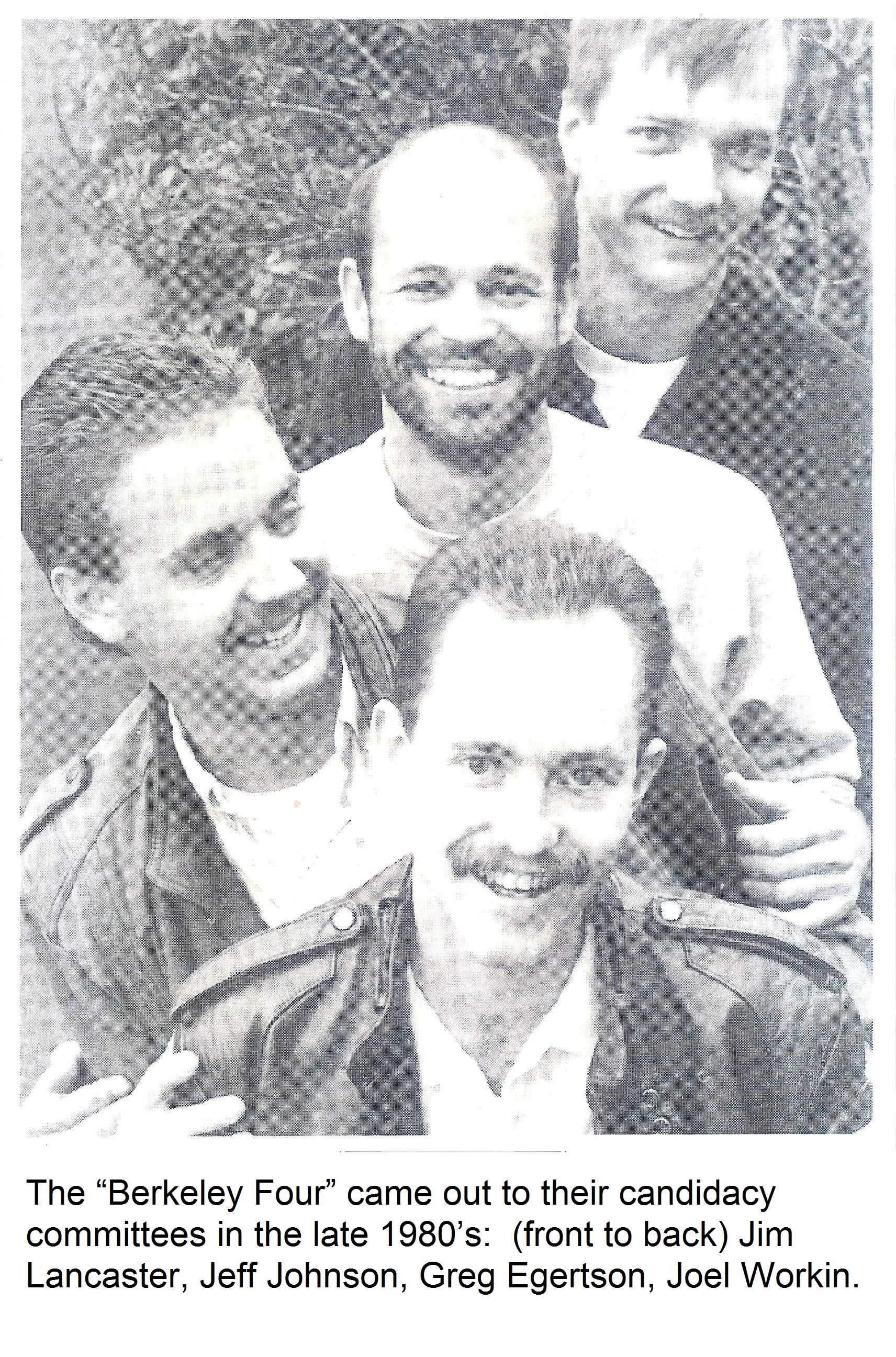 ITEM: The certificate was given to three gay seminarians in appreciation of “the Gifts of Time and Talent in Outstanding Service to the Membership of Lutherans Concerned/North America as a Model of Faith, Courage, and Integrity.” And with the certificate came sustained applause, wave upon wave of admiration, gratitude and respect, as 130 gay Lutherans rose to their feet, giving their version of a group hug.

ITEM: The news was in The Advocate (issue 514, page 20): “A Presbyterian minister who had tested positive for the HIV antibody shot himself to death in Tuscaloosa June 14.” And even if all Christendom were to clap its hands, and even if the Almighty Herself were to get down on Her knees and scrub, still nothing would be able to completely clean the blood-soaked carpet of that closet, whatever the closet — gay, HIV-positive, etc. — where that child of God lay dead, cold and stiff, unhugged and unapplauded.

As one of the “Berkeley Three” it has been an honor and encouragement to receive the support and even the accolades of many persons, particularly my fellow Gay and Lesbian Lutherans. The past months have been a time of kairos, and it seems that  a great part of what angers people is a recognition of the cost, the price of being “out” in the Lutheran church. The toll, both professionally and personally, is indeed very high.

Careers are ended, even before they are begun. Private life vanishes. Families are exposed to public attention. No one can pretend that being out is easy, that to follow the call to honesty and discipleship in this way is without a cross.

How does one tally up the toll of living two lives, one of fear and the other of escape, one real the other false, one of tact the other of hiding, one of deceit the other of full-blooded reveling? How much does it cost? Twice as much?

How much energy does it take to every day, every minute, run from God and God’s grace and God’s gift of gayness, to run from families who wonder why the weather is the only topic of conversation, to run from oneself, which is the most basic thing God has given, and to hide out in well-constructed closets of success, excess, or numbness? How much energy does it take to keep the gospel, the Word, God’s own self, our true “created good” selves, at bay?

What pound of flesh is exacted from our very flesh by the closet? How many ulcers? How many headaches? How many heartaches? How many bodies dead in a pool of blood on the closet floor? How many persons sacrificed at the altar of political indifference or religious bigotry? How much flesh, how many corpses do blood-smeared hands need to stack against the closet door to make sure it will remain shut, even as we bury ourselves inside?

Or, literally, in real life, hard earned, greenback, dollars, bucks. What are the expenses involved in buying or renting two homes and setting up two different households, one for each of the lovers, mailing things in brown paper wrappers, driving far enough away to be somewhat safe, in always being denied the “couples rate”? What is the dollar cost of the closet?

The Berkeley Three were maybe not so brave after all. They were just too wimpy to face life in the closet. That cross, constructed by the church and the world, was too much for them to bear. And if that is the case, then let me encourage us all to take the easy way out and go to the One whose yoke is easy and burden light. Who knows, you may even get a certificate and a stirring round of applause to go with it.

And if you are still not convinced that the closet has a price, then I pray that God, as She kneels in your closet, trying to get the blood stains out of the carpet, may reach over and scratch your callused hide a time or two, just to make sure you are not dead.

“The Cost” is part  of a larger collection – along with many other inspirational and challenging reflections and sermons from Joel – called Dear God, I’m gay…thank you! Which was edited by Joel’s dear friend, Michael Nelson, and may be requested along with a donation to ELM.

Joel Raydon Workin (1961-1995) was born in Fargo, ND, received his Master of Divinity from Pacific Lutheran Theological Seminary, Berkeley, CA, and served as intern at Holy Trinity Lutheran Church, Inglewood, CA. In the fall of 1987, Joel came out publicly as a gay candidate for the ordained ministry and was certified for call by the American Lutheran Church (a predecessor body to the Evangelical Lutheran Church in America). Following this courageous and faithful act, Joel’s certification was revoked by the ELCA and his name was never placed on the roster of approved candidates waiting for call. Joel’s ministry continued in Los Angeles, however, at the AIDS Healthcare Foundation and as Director of Chris Brownlie Hospice. On December 30, 1988, Joel married Paul Jenkins, whom he loved. Joel was a member of St. Matthew’s Lutheran Church, North Hollywood. He and Paul were active in Lutherans Concerned/Los Angeles and Dignity/Los Angeles.

In the last weeks of his illness, Joel gave his friends and family permission to sponsor an endowed memorial fund in his name. The Joel R. Workin Memorial Scholarship Fund was thus established upon Joel’s death from AIDS on November 29, 1995. In keeping with Joel’s wishes, awards from the fund are used to provide scholarships to publicly-identified lesbian, gay, bisexual, transgender and queer seminary students who proclaim God’s love and seek justice for all. The fund is managed by Extraordinary Lutheran Ministries, through the InFaith Community Foundation.