Ministry in My Veins

by Rev. Nathan Gruel
Proclaim member and Pastor of Our Saviour Lutheran Church in Ocala, FL

I’m told this should be a “coming out” story. I’m not a big fan of the closet analogy, so I’m not sure I want to talk about “coming out.” Perhaps “coming over” works better. Or “coming on?” Even better, how about “coming up?”

In any case it was 1979, and I was in a Missouri Synod parish in Logansport, Indiana, where I figured out who I was and told my Board of Elders (it was Missouri Synod, remember) that I was going to resign my role as their pastor. I wasn’t ready for complete honesty, so I kept the reason for the resignation to myself.

Soon thereafter I made the same announcement to my District President (it was Missouri Synod, remember), and I didn’t offer him any explanation either. Why bother? My removal from the LCMS roster was predictable and inevitable, since he already knew I was on the wrong (from his view) side of the controversy that was raging in Missouri (Synod) at that time.

So, now what? I knew I needed some time to collect my thoughts, but I also knew professional ministry was in my blood. Thus began an extraordinary – and seemingly endless – journey of discernment. In 1979, deep in the Midwest, there was no context for me to have the slightest hope that I would ever again be allowed to serve as pastor to a community of God’s people.

What an unexpected and grace-filled surprise it was when, some 20 years later I became aware of a small group of similarly disenfranchised siblings who also had professional ministry in their blood, and they weren’t giving up. I was approved to the Extraordinary Candidacy Project roster on November 11, 2002. These siblings inspired and encouraged me to “come up.” In other words, hope was born. Just as we do now, we gathered in retreat yearly back then, and connecting with these folks was professional dialysis.

The years that followed were a time of hope and waiting – sort of a multi-year advent season. Twenty-three years had passed since I walked away from my call to parish ministry. I was now 56 years young. While the word “never” no longer seemed applicable, I was convinced that a change of policy in the ELCA was still years away – certainly beyond my dream.

An especially fond and prominent memory for me during this time of waiting is participating in the protest stand-in that was led by the ECP roster at the 2005 Churchwide in Orlando. It was a proud personal moment in our collective history.

The churchwide actions of 2009 were a complete surprise. Things continued to move slowly, but hope was gradually being fulfilled as one by one the members of the ECP roster moved into the ELCA roster, always celebrating the church’s long-overdue affirmation of our call to ministry. With only a handful of persons left on the ECP roster, I was beginning to feel “left behind” until, on March 14, 2011, I was approved to the ELCA roster in the Florida-Bahamas Synod.

Four years later, I received a call from that synod to serve as interim for Our Saviour Lutheran Church, in Ocala, and 1½ years later I was installed as their pastor in a half-time call. I was now 71. 43 years had passed since I was ordained to the ministry of Word and Sacrament. It had been 36 years since I left my call in Indiana, and I had been living hopefully on the ECP roster for 13 years. 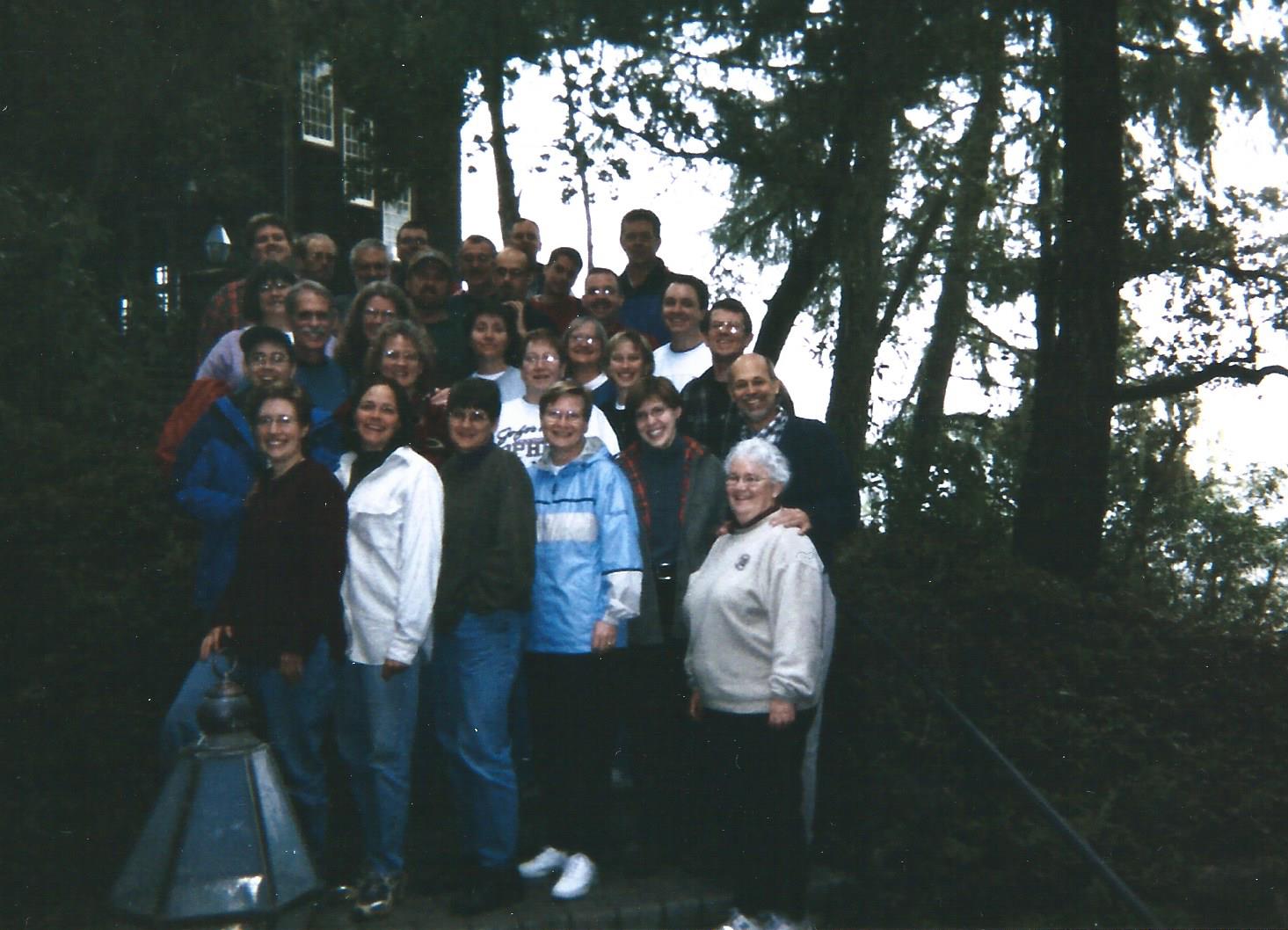 Comparatively speaking, my time back in professional ministry has been really short. It comes out to just over 2 years and 11 months. It sounds more impressive in days. That’s a total of 1074. Renewed ministry flowing in my veins every single one of them. Soli Deo gloria – with a little help from my friends. 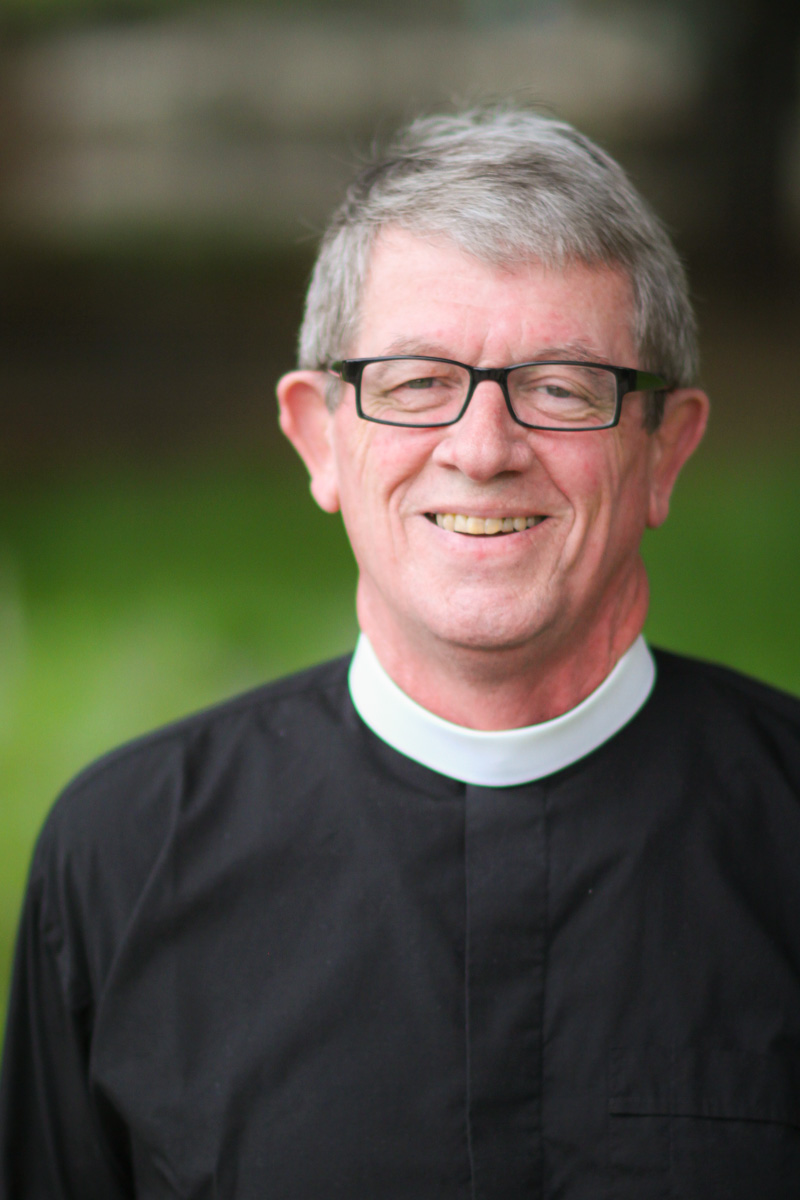 Rev. Nate Gruel (he/him/his) moved to Ocala, FL, in early March to be near his beloved church community. He pastors at Our Saviour Lutheran Church in Ocala, initially as interim, but then in a part-time call. Yes, interim-to-pastor is a no-no even in the deep south, but towing the line of church regulations has never been his strong suit.  Singular commitment to grace-filled ministry is so much more fun!

Photo at top: A picture taken on the day of Nate’s ordination, June 19, 1972, at St. John Lutheran Church, Algonquin, Ilinois

Photo at bottom: The gathering of the members of the ECP roster at St. Dorothy’s Rest, CA

One Reply to “Ministry in My Veins”