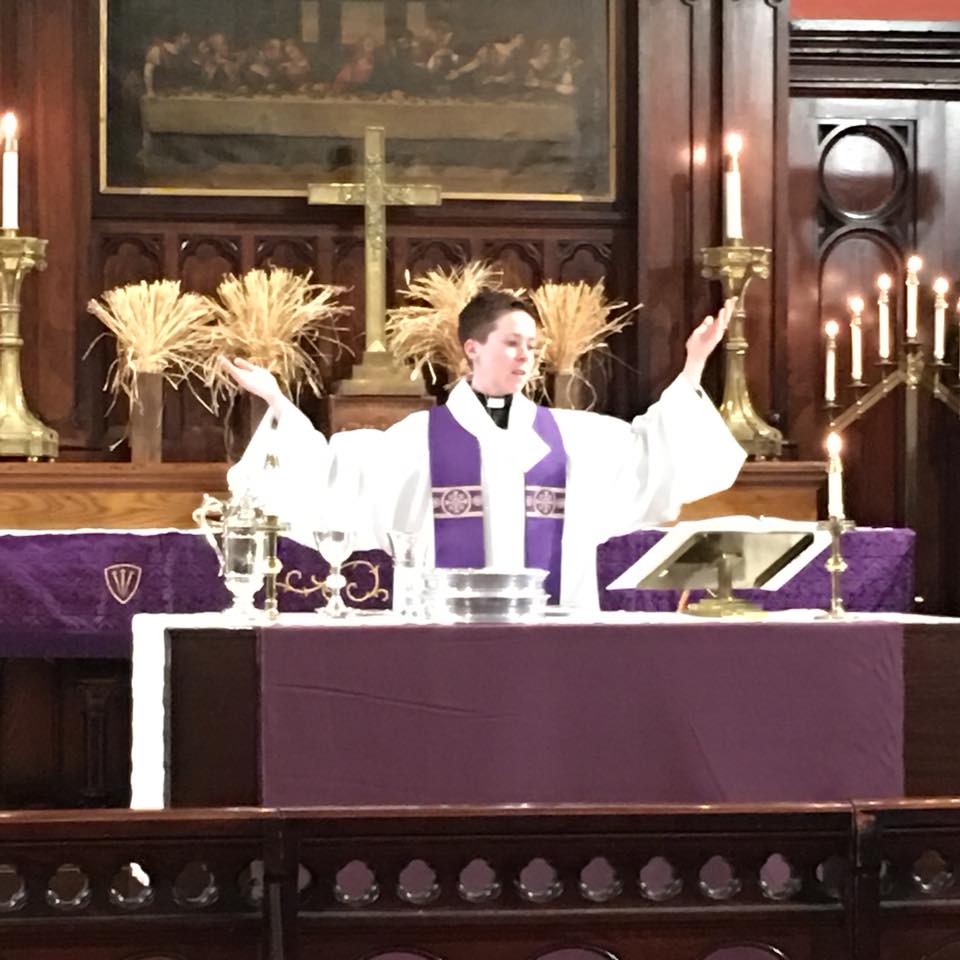 A year ago I came out to my congregation.

Not as the queer pastor they had always known I was,

but as the straight, white, geeky guy I have always been.

It was a long time coming.

Two years ago the Rev. Dr. Megan Rohrer invited me to preach at the opening worship of the Queer Stories / Sacred Witness Proclaim Gathering in Northern California.  In the invitation they asked me to share part of my story about the invisible queer witness of being trans and pregnant.

I shared that sermon with a preaching partner and trusted colleague at St. Matthew Trinity, the congregation I serve, along with the note that I wasn’t yet ready to share it publicly.

Nine months later, during St. Matthew Trinity’s Stories of Resurrection summer story telling series, I was again at the Proclaim Gathering, this time Healing the Violence in Chicago; full of anxiety at being in a familiar place, while using a new name and wearing a new wardrobe.  It was then, while also in the midst of providing pastoral care and preparing for a series of funerals, I realized I had neglected to recruit a story teller for the Sunday after the Gathering.

It was in this way a parishioner, and one of the co-instigators of our summer story telling series, received her wish and got my story of resurrection for which she had been waiting.

Talking with new friends at the Proclaim Gathering it became clear the scripture from Matthew about the wheat and tares, the assigned lectionary reading for that Sunday, would provide the perfect frame for my story.  A flurry of phone calls ensued, as I spoke with Council members and other congregational leaders to share with them that I wanted to live and minister from a place of greater integrity.  Framing my story in the scriptures for Sunday, July 23, 2017 was the most natural way for me to share this part of my journey with others in the community.

Serving a congregation rooted in radical hospitality, the congregation was amazing.  After months of praying and talking we chose to share our story publicly, to be a resource for others and proclaim God’s mercy.  As part of publicly affirming and marking my journey, a team from the congregation worked with the Bishop of the New Jersey Synod to celebrate a renaming ceremony on Transfiguration Sunday.

Transitioning publicly, altering my body to live into this new reality, claiming being a white man who happens to be trans as a public identity, has provided space for honest conversation about how the church (both locally and nationally) must change or die.  Embodying the liminal space within which the church finds itself reminds me of Isaiah who spent three years naked, wandering around the city, embodying God’s message about the vulnerability and destruction of slavery (Isaiah 20).

There is power in owning and claiming one’s own story.

In claiming our wholeness, in living into and constantly becoming the people God has formed us to be, we have the power to hold space and proclaim God’s mercy for all those living at the margins, regardless of their identity.

Thanks be to God. 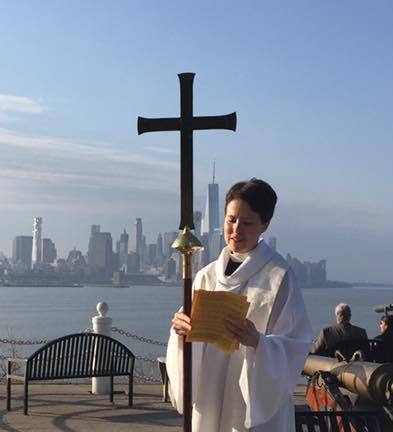 Rev. Peter R. Beeson (he/him/his) is a pastor, prophet, and parent.  In his free time you may find him geeking out over budgets in Excel spreadsheets, working for affordable housing, exploring parks with his toddler, cleaning house, and vacillating between disgust and delight at his emerging beer belly.

One Reply to “Embodying the Prophets”