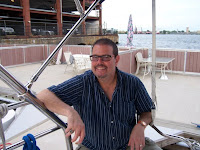 A long-time member of University Lutheran Church of the Incarnation in Philadelphia, PA and currently serves as Administrator. He is active on the SEPA South East Pennsylvania Synod’s LGBTQ Task Force, serving as Camp Director for “Wonderfully Made,” a camp for LGBTQ high school youth, and has been active with the YES! Coalition, a Delaware Valley Inter-Faith LGBTQ organization. Fred lives in Philadelphia with his partner, Gary Bronson. 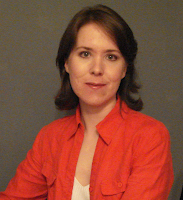 Currently lives in Phoenix, Arizona and is a member of Faith Lutheran Church. Rose was central in her congregation’s process to open calls to the ELM roster. She serves as Secretary of Lutherans Concerned/North America and is a past Regional Coordinator for LC/NA. Rose is moving to Berkeley, CA this summer and will begin a master of divinity program at Pacific Lutheran Theological Seminary in the fall.

A citizen of the Cherokee Nation, lives in Oaks, Oklahoma and serves as Director of Annual Fund for the Oaks Indian Mission. Vance was very active in the Lutheran Youth Organization, including service as the President of the Churchwide Board of the LYO and serving on many planning teams for the ELCA’s Youth Gathering. Vance is moving to Chicago this summer to begin his studies toward a Ph.D. at the Lutheran School of Theology at Chicago this fall. 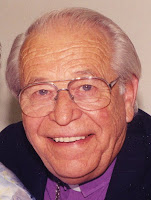 Favorite food dish
Fred: I’m dying to taste candied grapefruit rind dipped in dark chocolate. I have more of a bitter tooth than a sweet tooth. Don’t know what that means.
Vance: Korean BBQ!
Favorite Film
Rose: Running with Scissors, Tipping the Velvet, Real Women Have Curves, and the Pursuit of Happiness.
Paul: Anchors Aweigh (I saw it 12 times as a kid).
Favorite hobbies
Fred: When I’m not at church, I always seem to either have a camera in front of my face or a trowel in my hand, sometimes both at once. Most of our garden grows in containers, either on our roofs or in the yard (to keep out of the path of the dogs).
Vance: I am a movie watcher! A weekly trip the theater, with friends or alone, is a must if at all possible.
Rose: Traveling, volunteering with the theater, participating in a bi-weekly Socrates CafÃ©, meeting friends at a bar after the Socrates CafÃ© to discuss the definition of words.
Paul: Reading and exploring the Internet.

Related Links:
Include ELM Pastors in Your Congregation’s Call Process
View More Photos from the Event

Hundreds of people braved sub-zero temperatures to gather at Salem English Lutheran Church in Minneapolis and ordain Jennifer Lea Nagel. Rev. Nagel is the 13th member of the Extraordinary Lutheran Ministries roster to be ordained extra ordinem because the Evangelical Lutheran Church in America (ELCA) does not allow the ordinations of individuals in same-sex relationships.

“Now 18 years later,” Rev. Nagel told the congregation, “I experience awe in the witness of the Gospel alive in communities of faith, and frustration that extraordinary ordinations are even necessary.”

She continued, “Our tradition’s long history of reformation guides us as we stand with our hopes and prayers before God this day to participate in this extraordinary ordination. My heart is full of gratitude for your presence that mingles with the prayers of friends and colleagues far and wide.”

“Being extraordinary is being open and willing to how God brings people into the fold.” Citing the story of Peter and Cornelius, she exhorted the congregation, “listen to Joppa; do work in Caesarea; and know there will be fallout in Jerusalem.”

The ordaining ministers in the service included three retired ELCA bishops – Rev. Darold Beekmann, Rev. David Brown, and Rev. Lowell Erdahl, and around one hundred clergy. During the rite of ordination and throughout the service stoles from the Shower of Stoles Project served as a backdrop. The Shower of Stoles Project is a collection of over a thousand liturgical stoles and other garments representing the lives of gay, lesbian, bisexual, and transgendered religious leaders. Jen wore the red stole that was originally presented to Rev. Anita Hill at her ordination in 2000 and which has been worn by six openly gay, lesbian, bisexual or transgender pastors since then.

Following the Saturday ordination, Rev. Nagel was back to work on Sunday presiding at worship with Rev. Erik Christensen, co-chair of Extraordinary Lutheran Ministries, preaching.

“There is a sense of urgency,” Rev. Christensen remarked, “with the acceleration of ordinations. More and more Lutheran Congregations, like Salem English, are recognizing that the best pastor for them may not be on the ELCA roster. They are standing in principled non-compliance against institutional policies that not only deny qualified people from serving as pastors, but also deny them the gifts of those pastors. It is an honor for ELM to work with these congregations and insure the credentials of the pastors they call.”