Ruth 1:16-19
I attended college at a small conservative Lutheran school. Ironically, I stepped into my queer identity in that place. I also learned too much about death too quickly. At least it felt that way at the time. I lost a friend after my first year of college and in the wake of his death, I saw queer love evolve and become a life-giving force that would sustain me, to this day.

Ruth and Naomi’s journey together is one filled with grief, vulnerability, and palpable queerness. They have both lost people they love dearly. *insert the Les Misérables lyrics: there’s a grief that can’t be spoken…there’s a pain goes on and on.” Naomi could go the journey to Bethlehem alone. She had already traveled from there to Moab. Ruth wouldn’t have it that way.

As queer people, we are often forced to navigate our losses alone. In a world, and in a church, that remains on the fence about how it “feels” about us, the grief we experience can be complicated…and one loss is never only one loss. It flings wide the gate of every loss we have ever known and invites it to come rushing in. I think many of us would be just fine as Naomi. Journeying back to a place we’re familiar with, comforted by the illusion of safety, and carrying our grief alone. Sometimes it takes persistence from someone like Ruth who says, “I swear to you: Where you go, I will go.” Queer friends, we’re worthy of that kind of accompaniment, though it is easy to forget.

Since my friend died seventeen years ago, I’ve been Naomi, and I’ve been Ruth, depending on the season. Queerness makes space for that: for becoming, shifting, and evolving.

My small conservative Lutheran school gave me the queerest gift: relationships like the one of Naomi and Ruth. They were people that redefined for me what family and home can be. We made similar promises to one another of not dying alone. My friends’ parents’ homes became my home. “I Will Follow You into the Dark” by Death Cab For Cutie became our love letter to each other.

I pray that everyone who reads this knows a queer love like that of Naomi and Ruth. May those around you help hold the grief and the love, together. May you be blessed by the expansiveness of being held in the queerest of ways. If you are more like Naomi, may you be open to not going the journey alone. If you are more like Ruth, may you be open to the same love you give. If you are somewhere in between, as I imagine many of us are, may all of your journeys be filled with love that is ever widening, hearts that are ever softening, a sense of belonging that is as persistent as Ruth, and a willingness to receive it all, like Naomi. 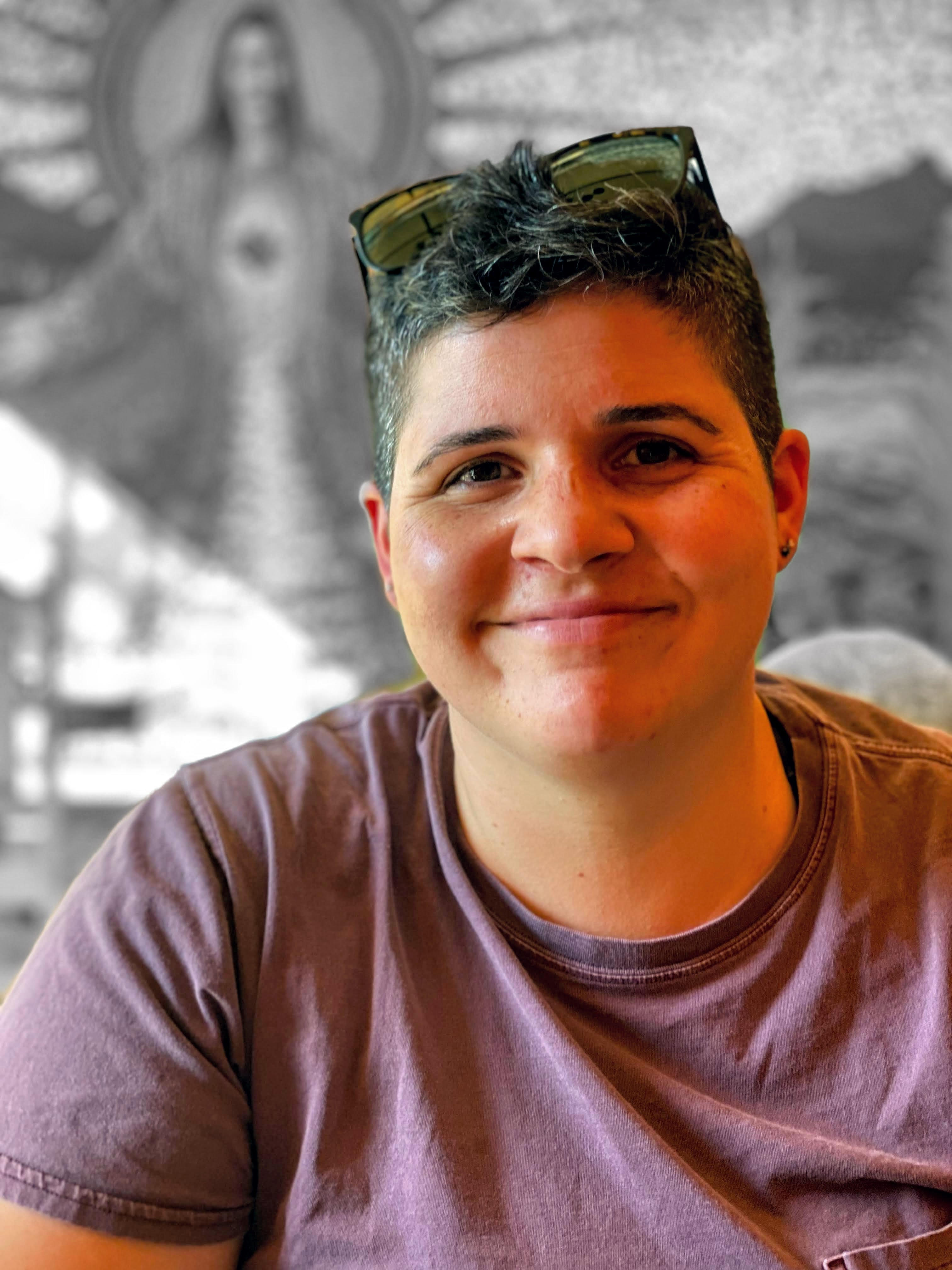 Rev. Margarette Ouji (she/they) serves as pastor at First Lutheran Church of Montclair, NJ, and serves as co-chair of the ELM Board of Directors. They are the first Iranian-American pastor ordained in the Evangelical Lutheran Church in America. Margarette loves spending time with her family and exchanging queer love letters in the form of playlists.