I’ve never been “conventionally attractive.” For me, that would have meant being a good slender southern girl in flannel, riding boots and a puffer vest, monogram on my chest just below my long sleek hair. No, I was never quite that way.

While I do wear flannel and puffer vests, I’m more suited for boots and snapbacks or flat caps, preferring the butch over the femme. Unfortunately, that has meant that much of my life has been plagued by self-comparison to those conventionally attractive femme bodies that I would never look like (and that, for a while, I tried and failed to look like). The trying and failing and self-comparison 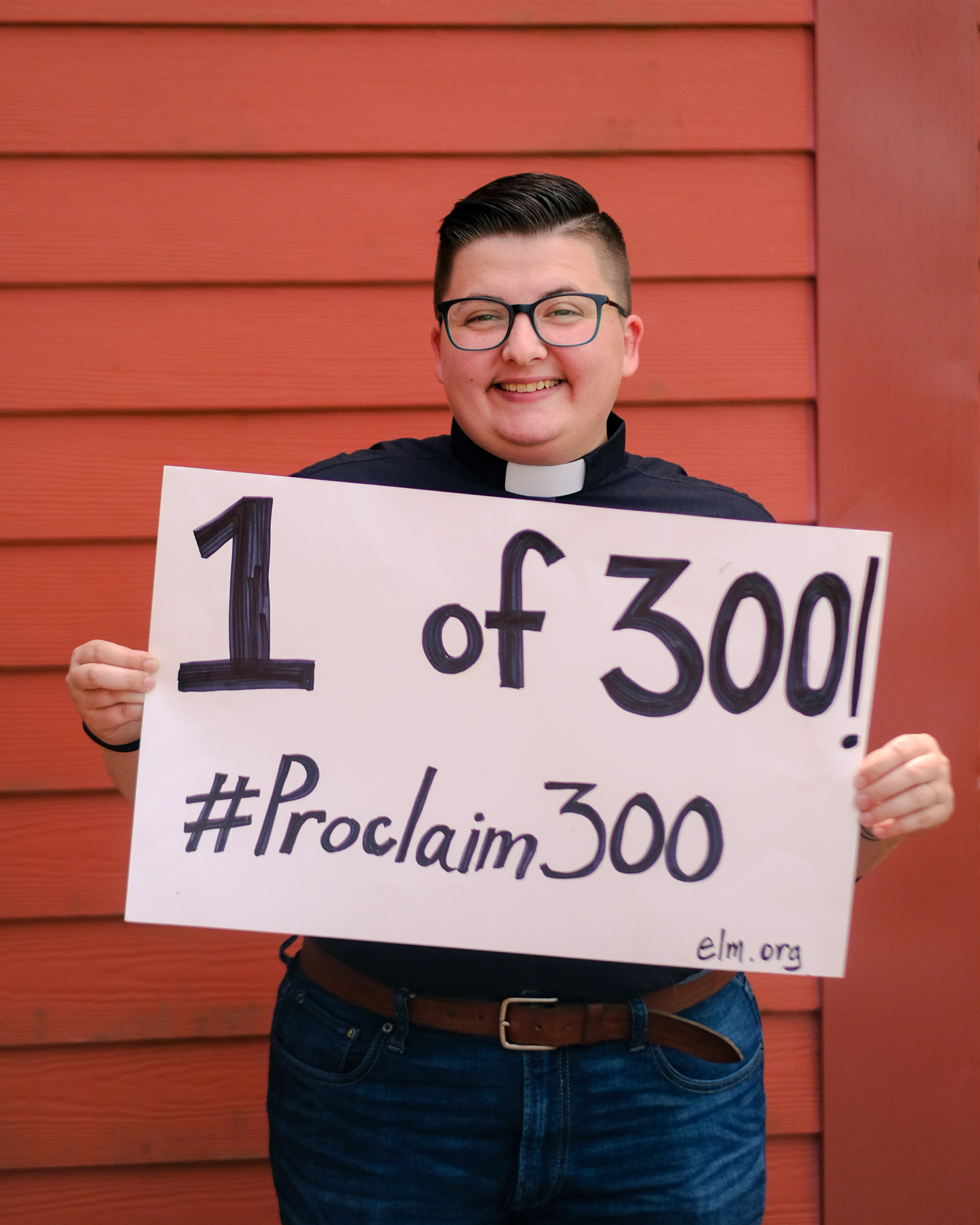 And so, it was quite a shocking moment when, at the beginning of the #Proclaim300 initiative, I saw that it was my face starting back at me from my phone and my laptop. That mark started to creep up again, to remind me that I’m not what people once wished me to be, that I’m not necessarily what one might call pretty. And then…and then the #Proclaim300 donations started. Donations totalling more than $5,000, across many fundraisers, in e-mails, Facebook campaigns, and mailed donations. My own Facebook fundraiser started to bring in gifts of various amounts, and from givers I hadn’t imagined!

At first, I was just excited for Extraordinary Lutheran Ministries- excited that the fundraising of 3oo gifts of $300 (one for each Proclaimer, now that we’ve reached 300 members!) seemed to be going well. And then I realized: those notices and calls for donation had carried my face, my unconventionally pretty, butch, expressively eyebrowed, imperfect toothed, glasses wearing, heavyset, short-hair framed face. And those donations weren’t out of sympathy; they weren’t to fix all those things about me or about any of the rest of the Proclaimers that look vaguely like me, but to support me and others, to advocate for more unconventionally beautiful people in the pulpit, behind the table, and in service to the body of Christ.

So, what is it like to participate in these fundraisers and to be the face of the #Proclaim300 campaign? It is a realization of how Extraordinary Lutheran Ministries, and the Proclaim community, and all their supporters are here and ready to lift up a world which is different, which is more loving, which appreciates that which is unconventional, and unique, and new, and that which has previously been ridiculed. It is seeing all of that love and support in real time, a wave of the Kin-dom of God breaking into the world.

It is feeling whole and finished, just the way that I am. Thank you, to all of those who gave and who brought this sense of wholeness to me and I’m sure to others whose fundraisers you participated in. You gave much more than just money.

To support Proclaim members like Katy or honor someone who builds a better world, consider a gift to the #Proclaim300 campaign, which aims to raise up Proclaimers, raise awareness about ELM, and raise 300 gifts of $300 by Reformation Day, October 31, 2018. www.elm.org/donate-now (indicate #Proclaim300) 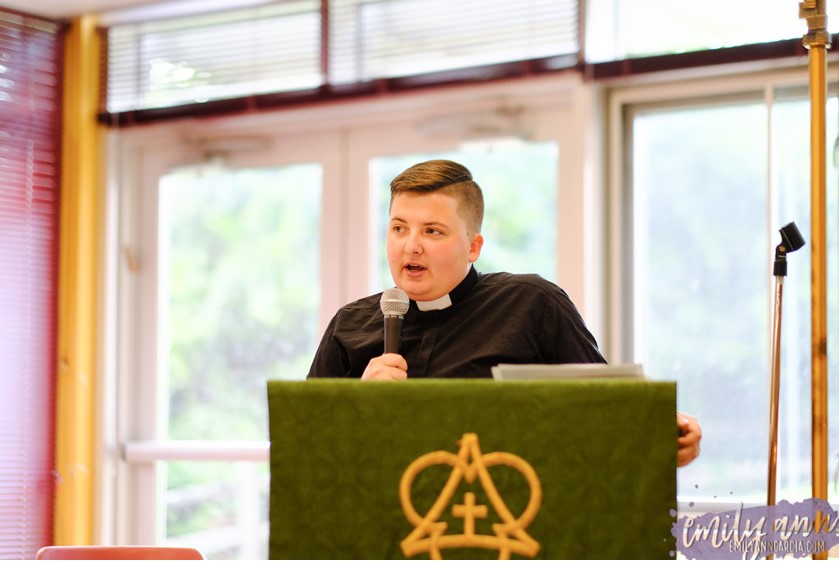 Bio: Katy Miles-Wallace (they/them & she/her) is a graduate of Pacific Lutheran Theological Seminary, currently residing in the Southern Ohio Synod while awaiting call. Katy is originally from Seguin, Texas and enjoys time with their dog, Molly, and wife, Jessica. Katy is also an artist, specializing in semi-orthodox representations of queer saints.