“Family in Christ– we are gathered this morning as children of a God that invites us into community to #JustBe. In this service we pause to worship and commune…to pray for our world and for our LGBTQIA+ siblings throughout God’s creation (we pray especially for our brothers Ronald, Shariff and Nathan in Uganda) and then we go out to join the masses in hip shaking and change making.”

I’ve been doing this Pride thing for a pretty long time, in fact my very first pride parade was over 10 years ago in New York City…little did I know, eleven years later I would take my spot on the streets of West Hollywood to be the street preacher at a Street Eucharist in LA Pride?!? 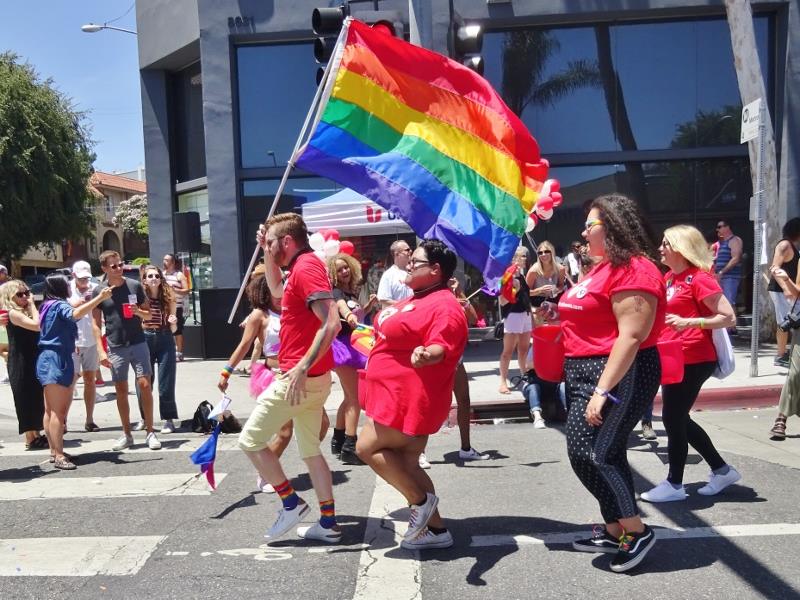 Pride is a marvelous thing! (FULL STOP) but as I said in my sermon Sunday morning on the corner of Crescent Heights and Santa Monica Blvd, Pride is something we hide behind. We all dust off our rainbow flags and throw on some Diana Ross’ “I’m coming out” the morning of June 1st but our people, in our pews and in the world need to know God’s delight in their identities 365 days a year.

11 years ago my favorite thing about the Pride parade was dancing in the street, carefree; this year however my favorite thing quickly became being the face of the “Church” for the people of Southern California.

In a world that tries to silence us, scare us and blame us – we were able to go out and change hearts and minds simply by being present. We got to hand out buttons and put temporary tattoos on people and we got to have a lot of fun, but most importantly we got to look them in the eye, like Christ would have.

I, as intern of both St. Paul’s Lutheran Church in Santa Monica and SoCalLutherans.com was able to wear my collar and hold my girlfriend’s hand as we marched.  I couldn’t help but tear up as I passed people who looked at us with temporary confusion as they clocked my clerical collar but I kept on marching anyway because I couldn’t help feeling like maybe somewhere in the crowd stood a little girl like me who’d been told by her Church or by the world that she’s deviant or broken. I prayed our presence would reassure her that God hasn’t placed rules on who she can love.

That’s what pride means to me: it’s shining God’s delight for ALL God’s created.

Churches who march and attend pride events help bring that delight to the people who might need it the most – our very being there shakes up the notion of a God who hates who they’ve created, it peels back the curtain and it lets God’s rainbow light of love shine through. 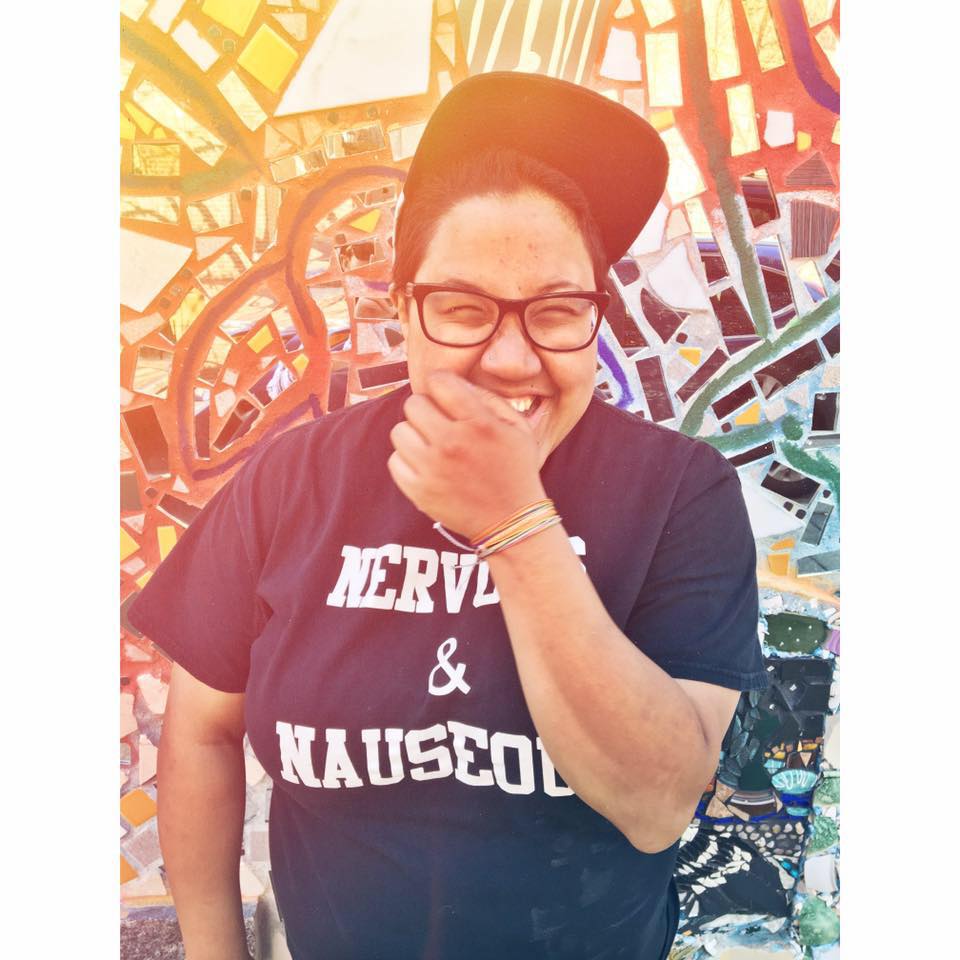 Kelsey Brown (she/her/hers) is a 3rd year student at United Lutheran Seminary, Philadelphia Campus. She is currently serving as Vicar of St.Paul’s Lutheran Church in Santa Monica, California but is a native New Yorker.  She likes dancing around the kitchen, advocating for racial justice and the rights of the LGBTQIA+ community and watching Netflix stand up comedy.