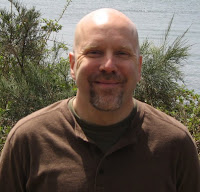 “Over the last 11 years, as a parish pastor and then a hospital chaplain, I have devoted my life to the faithful service of God, this Synod, the Church, and those in need. I have diligently sought to offer the grace and mercy of God to all. I have loved and continue to love the Church as the instrument of Christ’s activity in the world. But I can no longer faithfully and in all good conscience serve a Church that willingly and actively oppresses and condemns a significant proportion of the population that is gay or lesbian, like myself”…

With these words, I officially resigned from the ordained roster of the ELCA in 2002 and entered a form of “ecclesial exile”. I had received a phone call from my bishop in West Virginia the week prior requesting my resignation because I was living openly in a same sex relationship. At the time I wrote my letter of resignation I had no idea where I would go or what I would do in the future. I only knew that the ELCA would no longer be the place I called my spiritual home – not because I had abandoned the ELCA but because the ELCA had abandoned me. I never questioned by sense of call from the Spirit to Word and Sacrament ministry, I simply questioned where I would live out that call.

A year later I found the Extraordinary Candidacy Project and a group of pastors and lay people who offered me incredible words of affirmation and support. This welcoming Lutheran community allowed me to live out my call to ordained ministry as a hospice chaplain and to bring the God’s grace to others at the end of their lives. A few years later when the ECP became the Extraordinary Lutheran Ministries I was proud to be the first ELM pastor to apply to the Association of Professional Chaplains for accreditation as a professional chaplain with the support and encouragement of my colleagues in ELM.

Following the 2009 ELCA Churchwide Assembly, I was surprised and overwhelmed by a flood of personal emotions. Did I really want to go back into the ELCA? Could I trust the leadership of the ELCA to fully welcome me again? Had the ELCA truly changed in the last seven years? After discussing the issue at length with my ELM colleagues and admittedly with some trepidation I decided it was time to find out. In the spring I met with the Bishop of the Rocky Mountain Synod, + Allan Bjornberg, and the Assistant to the Bishop for Candidacy, Madelyn Busse. They encouraged me to apply for reinstatement to the ordained roster.

On August 20 I met with the synod’s Candidacy Committee. My partner, Mauricio, came with me to the meeting. What I experienced from the committee was nothing less than an unqualified welcome. I was overwhelmed by their grace and hospitality. We had a fruitful discussion about my previous journey in the ELCA, the pain that was associated with my resignation, the ministry I have been doing since leaving the ELCA, and my sense of call now. Indeed the Church (or at least my corner of it) had changed significantly in my exile and for that I am so very grateful to the work of the ECP/ELM, Lutherans Concerned – North America, Good Soil, Wingspan, Soul Force, and other groups and individuals who worked and advocated tirelessly on behalf of the GLBTQ community to bring about this remarkable move toward greater justice and equality.

To be sure there is still work to be done – we have not reached full equality and sadly, as I learned from one of my ELM colleagues this week, there are parts of the Church that are still resisting the work of the Spirit. But the Church IS moving. I look forward to rejoining the ELCA ordained roster and I hope that I can continue to work along with many others to keep the Church moving toward even greater inclusion.