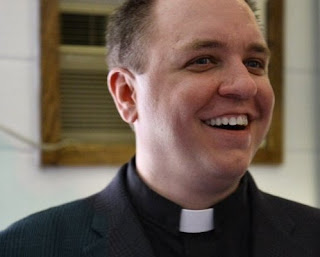 We received the following news this weekend from ELM volunteer Candidacy & Credentialing Chair Fred Wolfe, a member of University Lutheran Church of the Incarnation in Philadelphia:

“In one of the less observed, but just as significant events of the Southeast Pennsylvania Synod assembly, the Rev. Jay Wiesner, ELM pastor of University Lutheran Church of the Incarnation, was elected Dean of the Central Philadelphia Conference. This is significant in that Jay was not there as a voting member, as well as that he ran against two other pastors. Outgoing Dean Tim Poston announced the results to thunderous applause in the over-crowded break-out-room. The Holy Spirit was indeed busy in Franconia PA this weekend.”