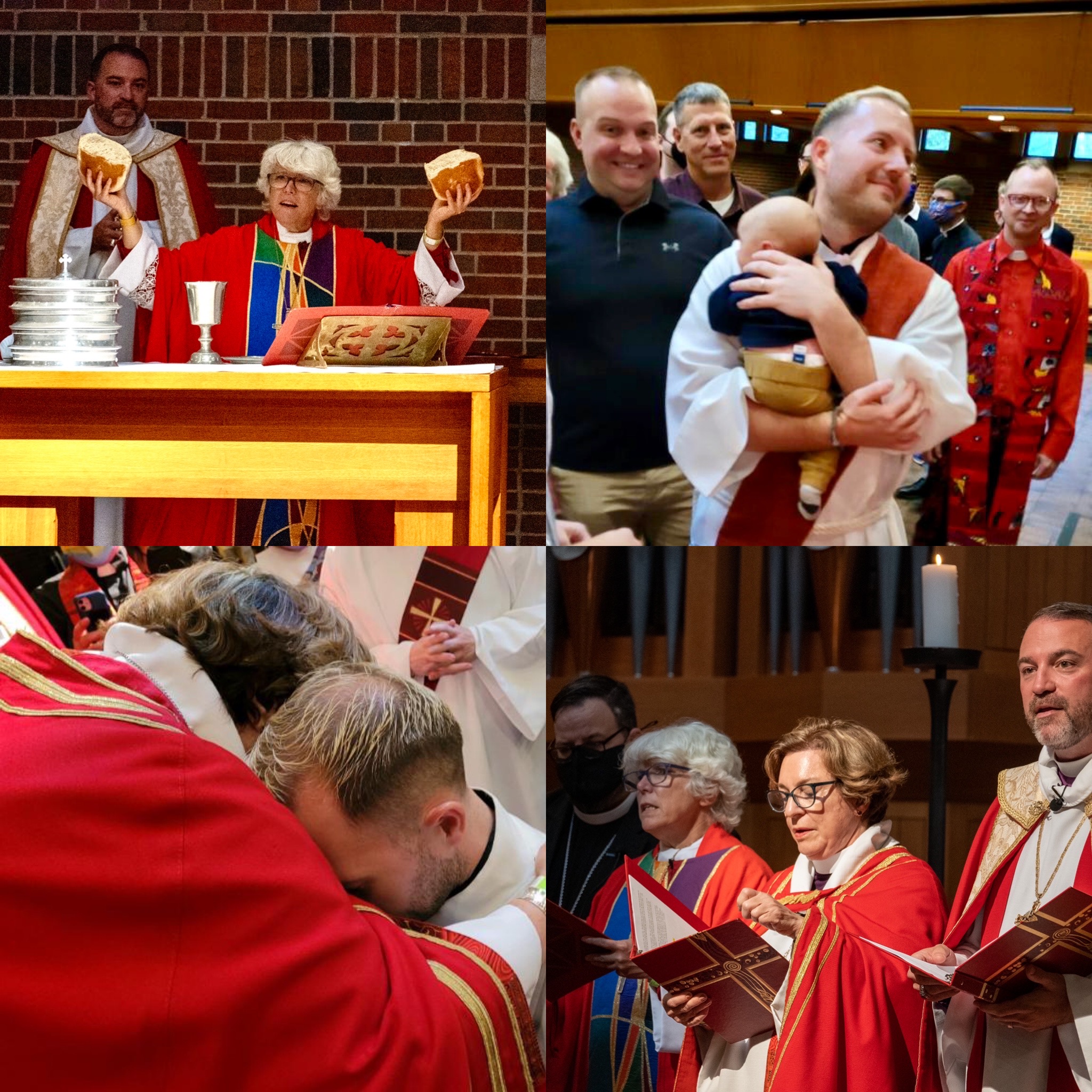 Hands outstretched in prayer, friends, family members, members of the Proclaim community, ELM board members, and four (yep, count ‘em-Four!) bishops gathered, in-person and virtually, around ELM’s Associate Director of Generosity and Communications, Lewis Eggleston, last night to ordain him as a deacon in the ELCA and to officially install him in his call to ELM. It was the culmination of many years spent in the candidacy process, and a true joy to behold. As an ELM board member, watching Lewis’ journey through candidacy these last several years has been a testimony to how far we’ve come and how far we have left to go. Being a queer person in candidacy is not any easy feat, even now, and being a queer person called to a ministry of Word and Service, rather than Word and Sacrament doesn’t make it any easier, especially when that call lies outside of a congregation. Even just as an observer, it has been difficult to watch the long and sometimes arduous journey that led to this day.
And yet. It was a day full of rejoicing, not just because I’m excited for my treasured colleague, but also because it was the first time I’d seen a service held on a seminary campus that was so delightfully queer. From the music to the banners, the paraments to the preaching that invoked drag culture, the famous rainbow suspenders, to the fact that two of the four bishops participating were themselves out queer Christians, last night’s service was a reminder of the fact that, in the 32 years since the forming of Lutheran Lesbian and Gay Ministries (ELM’s predecessor body) and the first ordinations of out gay and lesbian pastors, so much extraordinary work has been done. Extraordinary in the sense of occurring extra-ordinem and in the sense of being bigger, better, and more daring than what is ordinary. 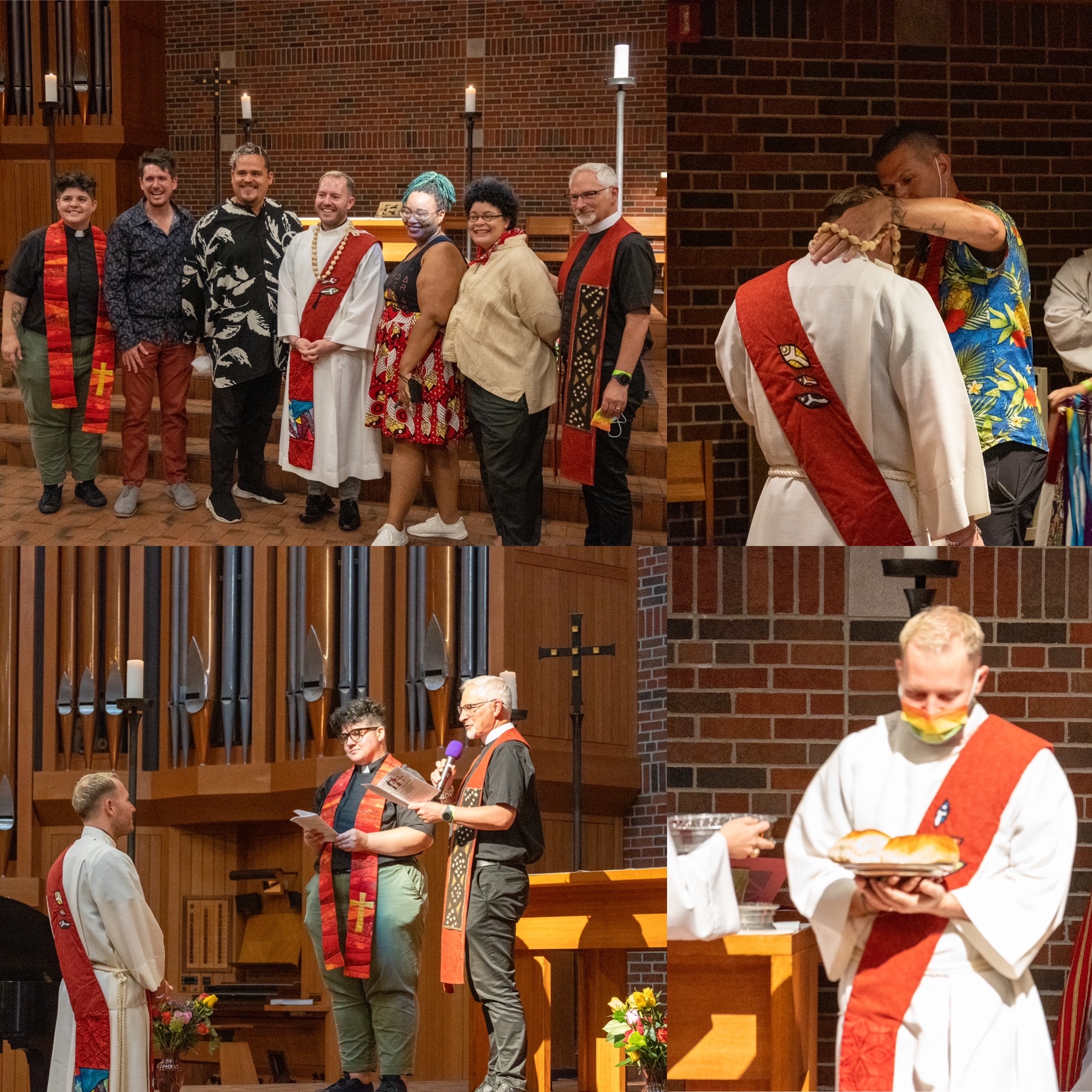 Lewis-friend, colleague, and child of God, you have been carried to this place on the shoulders of giants-both those who found ways to serve in this denomination we hold dear and those who could not. They hold you still. And so do we-the colleagues, constituents, friends, and family who surrounded you last night and surround you in prayer today. When you call, we will answer. We will rejoice with you, mourn with you, hold you accountable, and journey with you as you continue to make the church a more hospitable place for LGBTQIA+ rostered leaders. Wherever this work and your servant’s heart call you, you will never go alone. 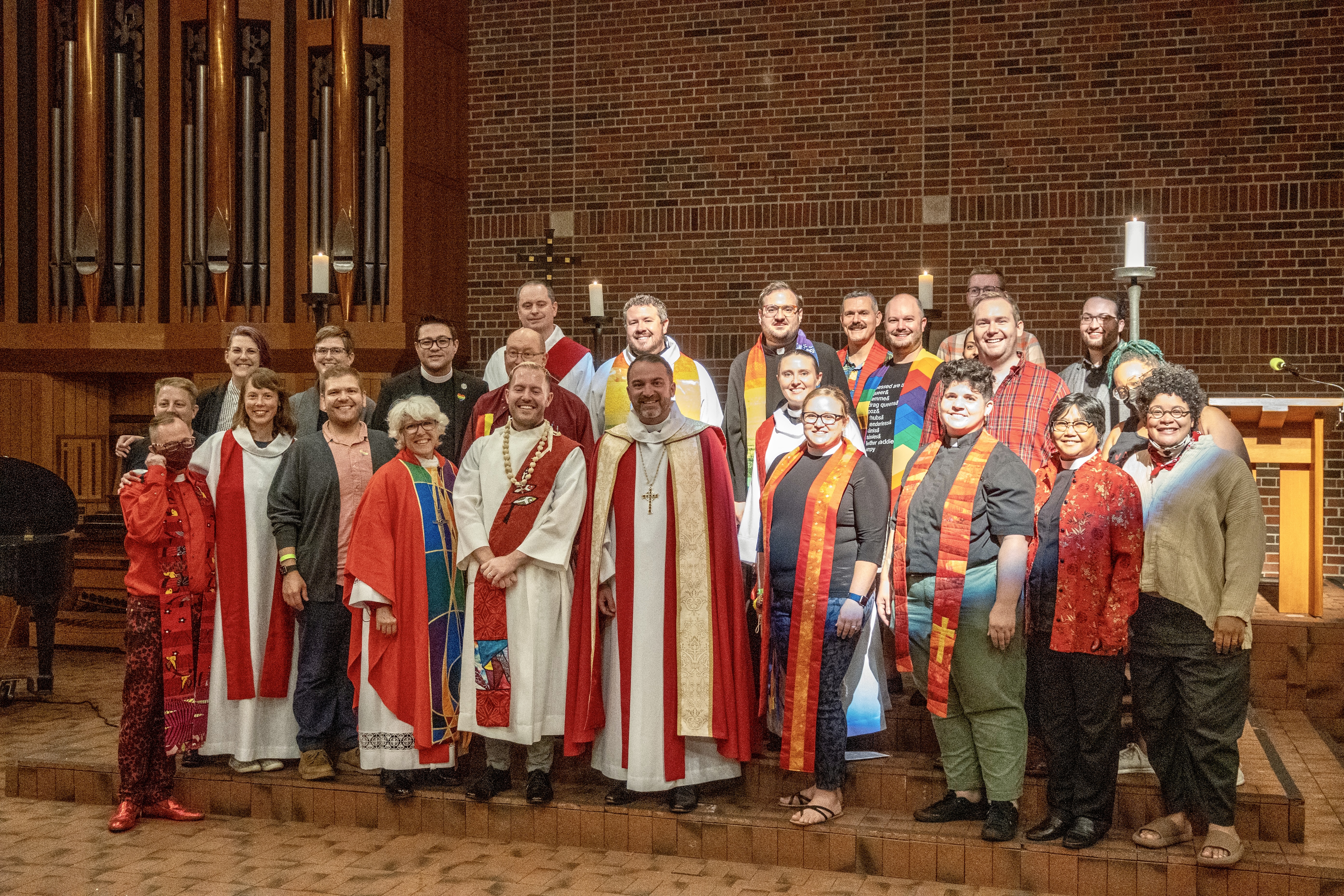 (Pictured: Proclaim members at the ordination)
Jessica Davis (they/she) is an ELM board member and a church consultant specializing in Christian Education and pastoral care.