Skip to content
Welcome Ivy!
The Board and Staff of ELM are thrilled to welcome a new staff member to the family – Ivy Ellis!
Hannah Dorn, our most recent administrative support staffer, left ELM in October to pursue a full-time position at a Chicago real estate firm. We’re grateful for all that Hannah brought to our team and our ministry. We wish her all the best in her new position!
Ivy’s role as Operations Assistant will consist of Program, Administrative, and Development Support. Feel free to reach out to Ivy and say “Hello”! Ivy’s email is operations@elm.org!
Want to know more about Ivy?!
She’s full of surprises!
Name– Ivy Ellis
Pronouns- She/Her/Hers

Where are you from?– I am originally from Los Angeles, but right now I live in Chicago and I love it!
Do you have any pets?– I have four pet rats and two cats. I have had pet rats for about 10 years and they are the greatest pets. They are smart, teachable, clean and very friendly.
What are their names and professions?
The Cats
Jelly- Unemployed 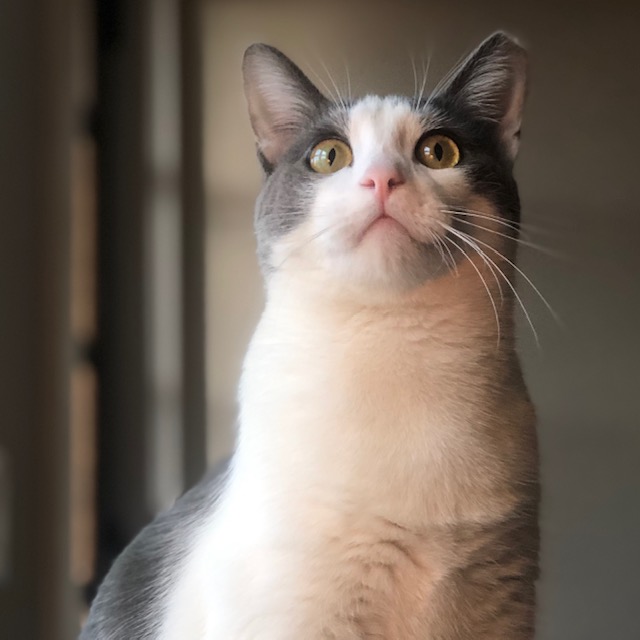 The Rats
Guido– Owns a Pizzeria 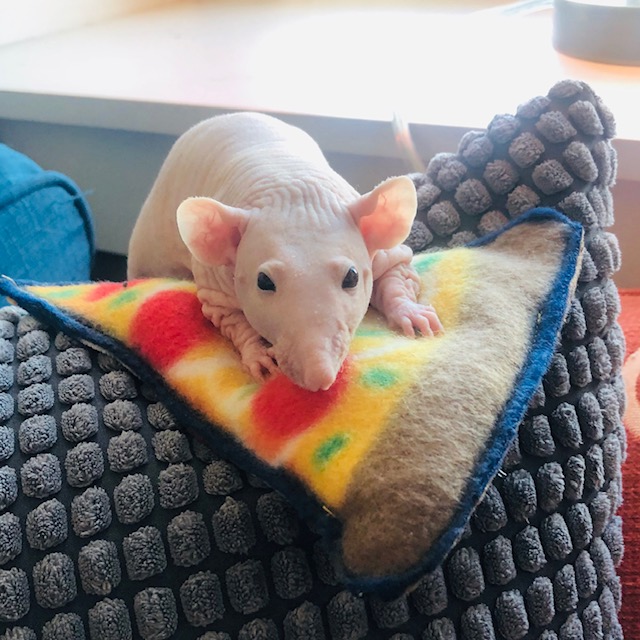 Andy–  Grant Writer for a non-profit 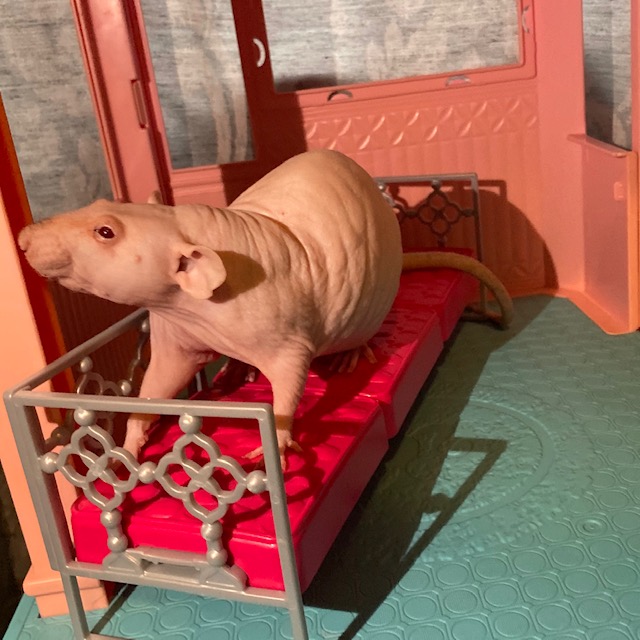 Piglet– Retired, working on a puzzle 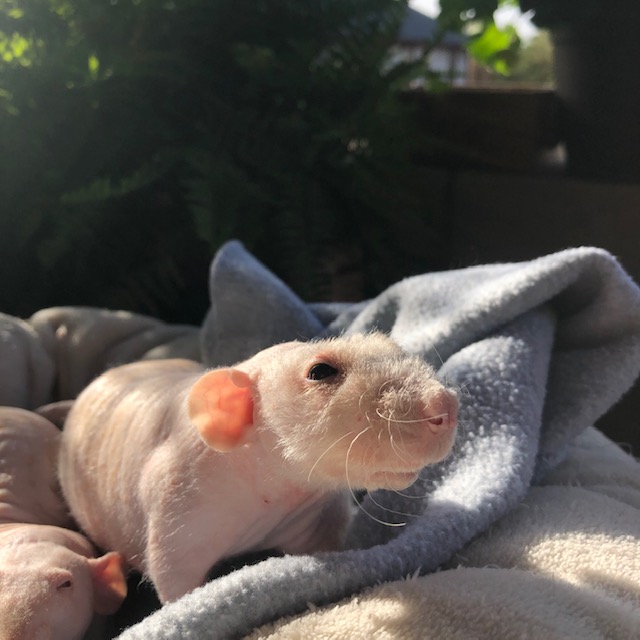 Boyfriend– Barista, getting a degree online 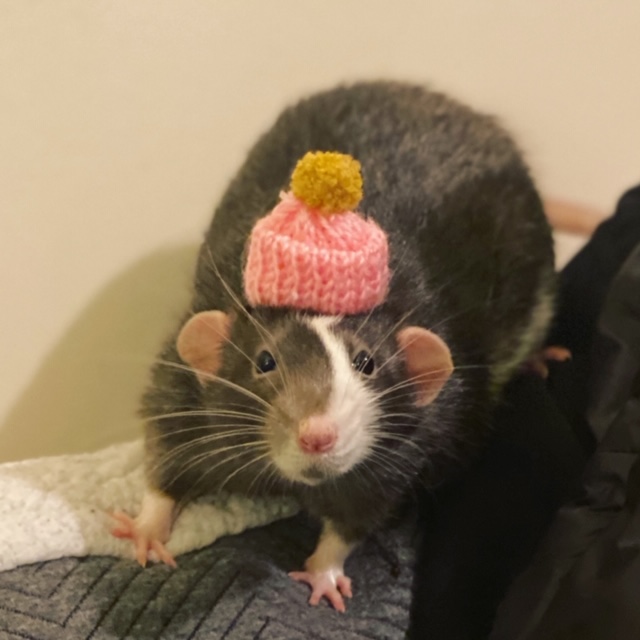 Best moment on the job so far? I truly enjoyed getting to meet the board and the ELM staff when I popped in on the Fall board retreat.
Why are you excited to work for ELM? I am excited to be able to support an organization that is doing such brave and important work.
Please help us give Ivy
(and her busy working family)
a warm welcome!

I noticed something about my route while walking to my pastoral

internship site at Luther College the other day. It’s a little over a mile from my home and the last part crosses the campus. In the winter, I’m usually ready to get out of the cold, and the large imposing Center for Faith and Life looks steps away by the time I’m ready to be inside. But just at that point, the sidewalk takes a sharp turn and leads me in the opposite direction of my intended destination. Finding meaning in this route is unavoidable as I reflect on how the last and next 30 years of Extraordinary Lutheran Ministries’ journey intersects with my own winding path to ministry.

When the first extraordinary ordinations happened in 1990, I was in high school and in love with the Lutheran church. I was completely unaware of the dramatic events happening in San Francisco that year, although I was increasingly aware of my identity as bisexual. By the time I did hear about one of these events (Rev. Anita Hill’s in 2001), the path was leading me well away from the Lutheran church before winding back towards it through the LGBTQ+ liberation movement. In the fall of 2006, a series of life events led me to follow a call to serve with what is now called Extraordinary Lutheran Ministries. The ordination stories became the heartbeat of my call – the candidates, congregations, and the expansive donor community who saw the church for what it would become.

Beginning in the spring of 2016, my growing call to ministry of Word and Sacrament became increasingly clear. I wanted to offer what I had received. I left my job and enrolled full-time at Wartburg Theological Seminary. I don’t think I ever expected the path would make a direct turn towards clarity at that point, but I may have underestimated the new questions and challenges that would emerge for me as I seek to become one of the queer-identifying ministry leaders I supported for so many years. I now understand the necessity and power of ELM’s work in deeply personal ways. “We can’t do this work without you,” was something I often and earnestly said as ELM’s executive director. I can’t even imagine this call without Extraordinary Lutheran Ministries is my truth now.

What remains most central for me in the work that began over thirty years ago in congregations and communities is best summarized in words that Rev. Phyllis Zillhart wrote in a very early Lutheran Lesbian & Gay Ministries’ newsletter, quoting the work of Barbara Smith. Phyllis wrote, “we are emboldened by the words of black, feminist writer Barbara Smith who says to her lesbian sisters and gay brothers, “You must ask yourselves in everything you do, in all your actions for freedom and justice. Is it legitimacy you are working for, or is it liberation? If it is legitimacy, what will you end up with by trying so hard to be accepted and good, rather than just and free?”* These words continue to challenge me to imagine and work to create communities that reflect and seek liberation, not legitimacy.

The movement for LGBTQIA+ liberation that began over thirty years ago with the extraordinary  ordinations and countless acts of courage and proclamation since unfolds with surprising turns. I continue to learn from the early pioneers and the current prophets of this movement. Those of us who were once on the outside could be easily tempted to settle for being “let” into the ELCA. But God is calling us to do more than try to be “accepted and good.” The church – the living Body – longs to be just and free – liberated. I’m going down that path.

Amalia Vagts (she/her/hers) writes, plans, dreams, naps, studies, dances and bases out of her home in Decorah, Iowa, which she shares with her partner David Lester, stepson Finn, and adorable miniature dachshund, Le Nez. She is a third year Master of Divinity student at Wartburg Theological Seminary. located in Dubuque, Iowa. Amalia is serving as Vicar this year at Luther College, Bethany Lutheran (Elkader, IA) and Emanuel Lutheran (Strawberry Point). She’s been listening to a LOT of podcasts during her commute. Amalia is the proud owner of several URLs she has big dreams for, including napdoula.com and stjunia.org. Amalia served as Executive Director of ELM from 2006 – 2017. Photo of Amalia and Le Nez by Charlie Langton. Amalia is joyfully a member of Proclaim!

These are highlights from the joyous liturgy ordaining Ruth, Phyllis and Jeff many years ago.  Context:  The ELCA was two years old; 10,000 men had died in San Francisco from AIDS in the previous decade; and SF Lutheran Clergy claimed our theological heritage to follow the inspiration and authority of the Holy Spirit to call and ordain God’s candidates.  St. Paulus hosted us, nearly 1,000 people attended.  I worked with a Liturgy Team to design the ordination.

30 Drummers from the Sons of Orpheus (founder Bruce Silverman) lined the entrance steps.  As people arrived they passed through this ‘Loving Gauntlet’ charged with a primal energy that nothing will be the same once you enter here.  The drummers led the Processional with approximately 80 clergy participating, 65 of them Lutherans.

A Litany of Defrocked Clergy preceded the Processional naming 30 clergy defrocked or prevented from serving the church for being gay. A powerful moment of grieving

We had asked Bishop Krister Stendahl to preach because of his international reputation as a forward thinking theological scholar.  Unfortunately, his schedule did not permit. Therefore Jeff and I asked that he send a Reflection about the Meaning of this Ordination and that served as our New Testament Epistle.  This epistle became the document that outraged the 65 bishops of the ELCA and it brought contention for years.  They publicly demanded by what authority do you speak for our church – since Stendahl was a Swedish Bishop who had taught at Harvard.

A Gospel Processional proceeded down the center aisle of this Gothic Church where Rev. Jack Schiemann proclaimed the Gospel.  As he began, the fog of San Francisco broke for a moment and the sun shone brilliantly through the stain glass windows on Jack, crucifer and acolytes.  This classic sunlit illumination of the Gospel was happily savored by many.  Drummers enthusiastically took the procession back to their places as I danced Rev. Carter Heyward to the pulpit.  Having climbed the steps she arrived in the elevated pulpit and the drummers dramatically stopped.  She let out a gasped shriek and said, “I’ve never begun preaching like this before!‘

The Ordination Rite began with Jim Lawson dancing a Fire Dance.  Grasping flames from the Fire Stick he was carrying he cast flames upon each of the candidates sitting in the front row.  We continued with the traditional Ordination Rite lead by Rev. John Frykman of First United and Rev. Jim DeLange of St. Francis whose congregations were both expelled from the ELCA for issuing their calls to ministry.  Many years later they were reinstated.

The culminating Greeting of Peace was a moment of pure ecstasy with the whole congregation blessing and dancing to the drumming.  A richness of Spirit that could never be contained.

The Eucharist Prayer included this memorable line, “You have made us giddy with the freedom of laughter and joy”.  Ruth, Phyllis and Jeff shared the Benediction.

For our Recession the Thurifer (incense bearer) had tied long rainbow ribbons to the thurible.  He was a member of Grace Cathedral (Episcopal high church) who was shocked and delighted by the joy and depth of the liturgy.  I gave him the nod to begin the Recession and as he passed by me he said, ” This occasion warrants Queen Anne’s”.  Swinging the thurible in circles over his head with rainbow ribbons flying in all directions he led everyone down the center aisle.

And with immense joy the whole congregation came out.