From ELM: October is LGBTQIA+ History Month and Reformation Month! October is also the final month of ELM’s #Proclaim300 campaign, celebrating reaching 300 members of Proclaim, ELM’s professional community for publicly identified LGBTQIA+ ministers & candidates. In October, ELM is running a blog series on “Radical Reformation”: ministries led by Proclaim members doing prophetic work that is out of the ordinary! Read on from Pr. Rachel Knoke: 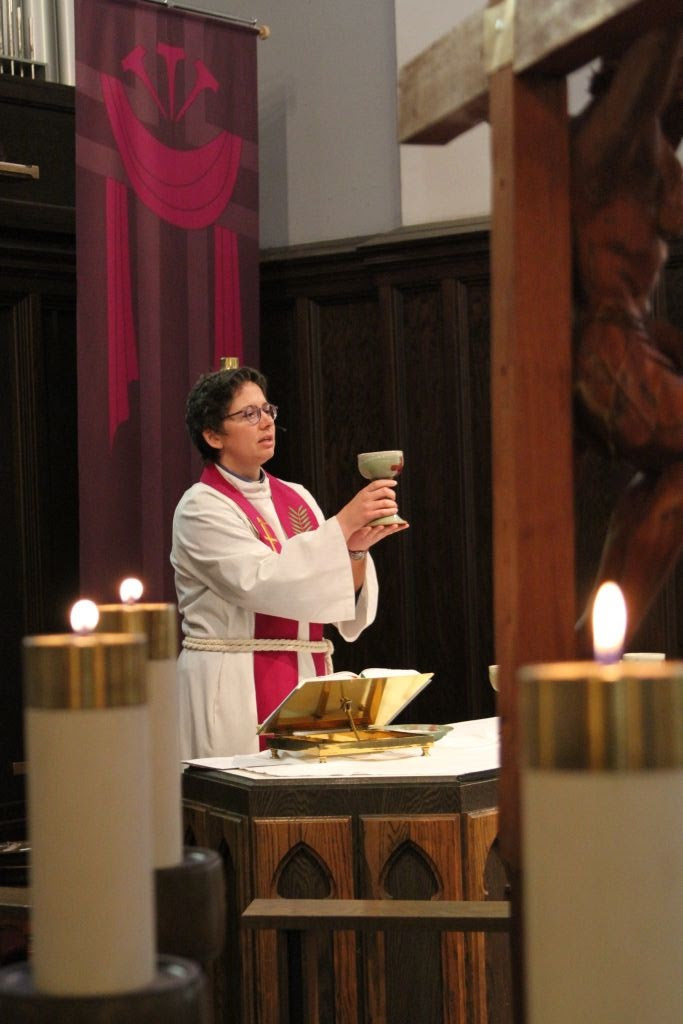 And as funny, and sometimes frustrating, as that is, it’s also a pretty appropriate image for our church. Our “pretty” side isn’t always what people see first. At first glance, we look an awful lot like every other nondescript, Midwest Lutheran congregation. We’re really white, getting older every day, and we’ll just say that vibrant, lively worship is not our greatest spiritual gift.

But this same community is still the first (and one of only two at the time of this writing) Reconciling in Christ congregation in our synod. And with zero hesitation, this same church opened up the doors to house a new group for Somali immigrants and an after-school program for neighborhood kids. For years we have run a food pantry out of our basement and we have a hand in a dozen or so other places of need around town. Our building may not be pretty, but it is a building with open doors.

When I was invited to contribute to this blog series highlighting, “churches led by Proclaim members that are doing prophetic justice work out of the ordinary,” my first thought was, “That’s not us.” I wouldn’t call this community exceptionally progressive or cutting edge. We’re not really on the forefront of anything. In fact, I think we secretly kind of like flying under the radar. But this is a church that is trying to follow Jesus. This is a church that is trying to throw the doors open for others in the same way God has thrown the doors open for us. For all of us.

When they called me as their pastor, not only was I their first gay pastor, I was their first female pastor. From the get-go, I expected to have to prove myself and my gifts, prove my right to exist and to thrive as a member of this community and a child of God. As it turns out, my expectations were wrong.

Like so many Lutheran churches, our future is questionable. But what I do believe is that if and when we die, we’ll die giving ourselves away for the sake of the world. And rumor has it, that’s not such a bad way to go. How’s that for a radical reformation hope?

Rachel Knoke (she/her/hers) is a first call pastor among the “frozen chosen” in Green Bay, WI. A Midwesterner by birth and recent resident of the Pacific Northwest, Rachel has enjoyed moving back to an area with four distinct seasons – “Packers season”, “post-season let down”, “June”, and “Packers pre-season”. She currently lives with her wife, Erin, their 3-legged monster/dog, and a spunky teenage daughter. Go, Pack, Go!

One Reply to “Radical Reformation: First RIC in Our Synod”