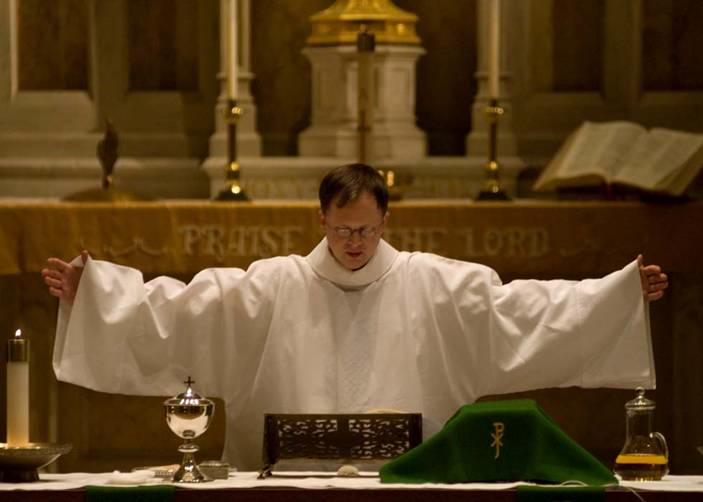 On March 11, 2007, I was assigned to the Metropolitan New York Synod for first call. After 5 years of classes, part- and full-time ministry experience, CPE, and ELCA candidacy, I was ready to begin my life as an ordained minister of Word and sacrament.

However, a powerful ELCA official told me that I would have to “go under the radar” in order to receive a first call. If I insisted on being out as a gay man, she said, I would not receive a first call. Nevertheless, I persisted. “The bishop told you to go under the radar if you want to receive a call. But you insisted on leading with your sexual orientation. We can’t find you a call if you persist in leading with your sexual orientation.”

“Leading” with one’s sexual orientation meant, in 2007, that even the slightest mention of your sexual orientation immediately took over your entire vocational path with an anxiety and resistance that met its partial resolution in the 2009 Churchwide vote to allow open and partnered LGBTQ pastors and seminarians.

After nearly five years, I finally had my first interview with a call committee. They turned me down, not because of sexual orientation. It was a heartbreak, but we were not a good match. Nevertheless, I persisted.

Nearly 30 call processes later, and after having become “perhaps the most approved candidate for ordination in the ELCA” (as was stated on my behavioral interview for Mission Developer/Redeveloper—finally the ELCA took note!), I came to one of the hardest interviews, on Wednesday, November 9, 2016. I was devastated by the results of the elections; I couldn’t wrap my head around even having this interview. I was close to receiving a call vote at a congregation that would not have been a good match, but I had the interview anyway. Nevertheless, I persisted.

That interview went well. The people on the call committee were also reeling from the elections’ results the night before. Very soon, they had me down for an in-person meeting, and soon I was approved for a congregational vote unanimously by the church council. I passed the congregational vote unanimously on January 15, 2017, nearly 10 years after first waiting in earnest for first call as a pastor. It seems like I have been called for times such as these. On April 1st, at 3:30 in the afternoon, at SpringHouse Ministry Center in Minneapolis, MN, I will be ordained to the ministry of Word and sacrament. 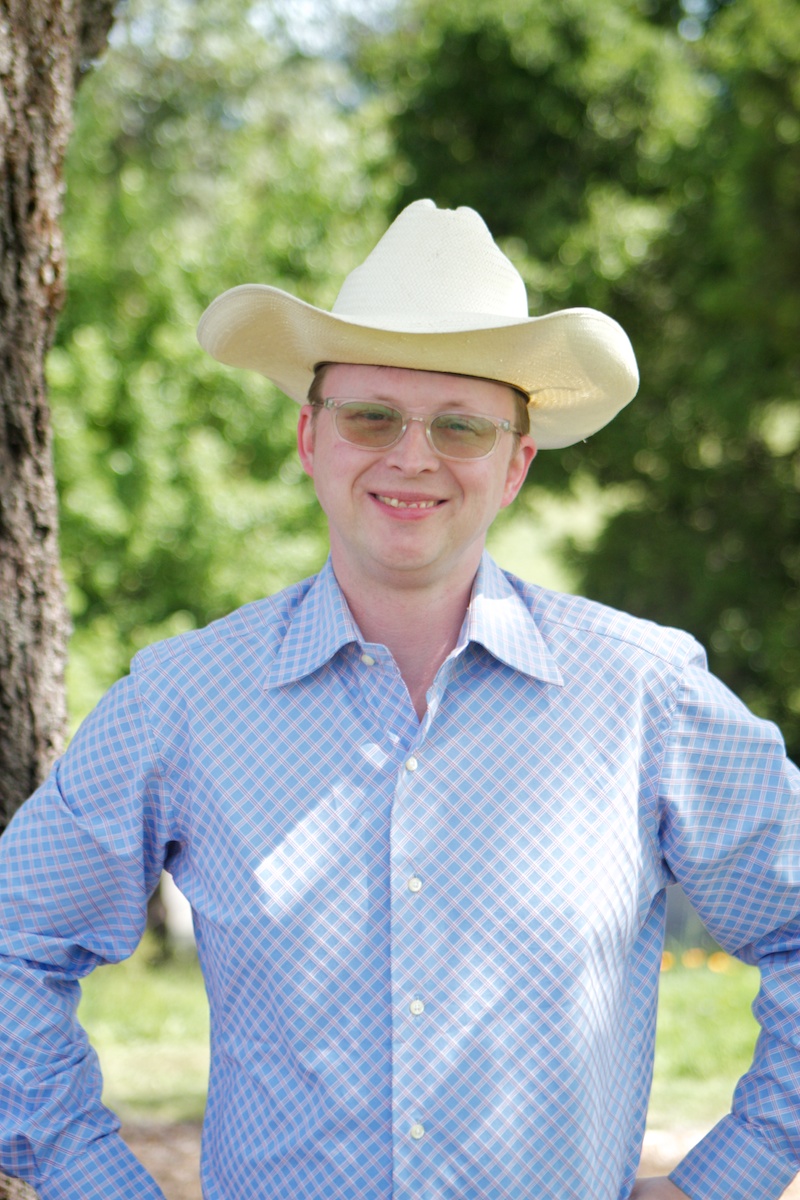 Chris Wogaman finally got a call. He is now pastor at Trinity Lutheran Church in Park Forest, IL, about 30 miles south of Chicago. He loves researching dead people and advocating for the living. Of note for Chris’s new congregation is his interest in music, playing piano, and singing. He is looking forward to meeting and getting to know the Proclaim community in Chicago, and will be ordained on April Fool’s Day at the SpringHouse Ministry Center in Minneapolis at 3:30pm. Please come to his ordination and wear your favorite item of liturgical fool clothing!

We demonstrate the gracious power and glory that is ours when we come out and take the step, saying, “We are here. We are Gay and Lesbian and Bisexual and Transgender. We are friends of Lesbians and Gays and Bisexuals and Transgender people. We are God’s. We are the kingdom.” The most precious grace God gives us is the grace to be ourselves.  And now, it is time to let grace abound.  – Joel R. Workin

Applications for the Joel R. Workin Scholarship will be made available in early March, and we encourage all Proclaim seminarians to review them and prayerfully consider a submission. While you consider this, I invite you to read Dear God, I’m Gay – Thank You!.  This book is a collection of essays written by Joel Workin and it will be important for applicants to familiarize themselves with his essays, one of which will be chosen for this year’s applicants to reflect upon. (Whether you apply or not, I think you’ll find them theologically marvelous and thought-provoking.)

Now for the exciting news! After years of faithfully tending and nurturing the fund from which the scholarship is awarded, ELM is pleased to announce that the fund’s principal has reached $100,000!  As a result, the Workin Scholarship committee will be able to award one of the largest grants yet to the selected Workin Scholar in 2017.

For those of you who may not yet know Joel, he was one of the “Berkeley Three” (himself, Jeff Johnson and Jim Lancaster).  As seminarians, they had been certified for call by PLTS as openly gay candidates, but when word of this got out, the ELCA “de-certified” them and instituted a requirement that LGBT candidates for ministry maintain celibacy – even though there was no such requirement for straight candidates.  That policy remained in effect until the 2009 Churchwide Assembly in Minneapolis and the rest, as they say, is history.

A lot of people in Joel’s shoes might have given up.  But Joel’s calling was part of who he was.  Despite his pain, he went faithfully onward, serving as Assistant Director of Chris Brownlie Hospice in Los Angeles, the first free standing hospice in the country dedicated to serving people with AIDS. He continued to write theological reflections for Lutherans Concerned/Los Angeles, serving as editor of their newsletter. He was an active member of St. Matthew’s Lutheran Church in North Hollywood, and was an ardent supporter of Lutheran Lesbian & Gay Ministries.  He and his husband, Paul Jenkins, bought a home together in the Silverlake area of Los Angeles and while they enjoyed many happy years together, they both continued to shake things up through ACTUP/LA demanding better drug regimens for people with AIDS and advocating early for marriage equality.  The living out of his calling, though rejected by the Church, still continues to be an inspiration. In his memory, his friends eagerly established the Joel R. Workin Fund (after his death in 1995) to help other deserving LGBTQ seminarians.

Please watch for the scholarship materials in early March. 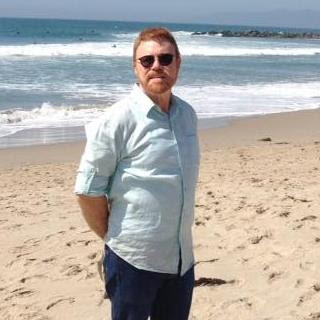 During these turbulent times, the Proclaim Community will be gathering this summer in Chicago around the theme “Healing the Violence.” Proclaim, a professional community of 245 publicly identified LGBTQ+ Lutheran people doing and pursuing rostered ministry, is committed to bringing good news and positive change to the world.

So during these violent times, how can LGBTQ+ ministers lead communities of healing? How can we and our communities give public witness to the violence in our world and God’s vision for healing? Through a number of hands-on workshops filled with practical tools and strategies, we’ll work to develop responses to these questions that we can adapt for use in our ministry contexts.

The program will focus on current happenings, including the Black Lives Matter movement, the 2016 elections, immigration, and environmental destruction. We’ll reflect on a number of specific events like the shootings in Charleston and Orlando, and the sharp increase of homicides in Chicago (where our retreat will be held). Lutheran responses like the ELCA’s social message on “Gender-based violence” will be considered.

In addition to bearing witness to the violence around us and in our own lives, Proclaim will also explore different pathways of healing: the arts, activism, prophetic preaching, communication strategies, and more. Building community with one another, of course, is also a pathway to healing. So there will be time to worship, socialize, relax, and have fun with one another as well.

After all, we believe that God’s will for the world is not merely to bring an end to violence. Luther’s Small Catechism teaches us that the commandment “Thou shalt not kill” means that not only are we are not to murder our neighbors, but we also must “help and defend them in every need and danger of life and body.” God wants us to heal into communities that help and defend one another. Communities where people can thrive. Together we will be exploring how we can become what the Rev. Dr. Martin Luther King Jr. called “beloved community”.

The Gathering is open to all members of Proclaim – visit www.elm.org/retreat to learn more. It’s been occurring annually in one form or another since the early 1990’s. ELM friends make it possible for all to attend by providing funds for scholarships – you gave close to $10,000 in scholarships last year! In a few weeks, we’ll invite you to give in support of our scholarship fund for the 2017 gathering. 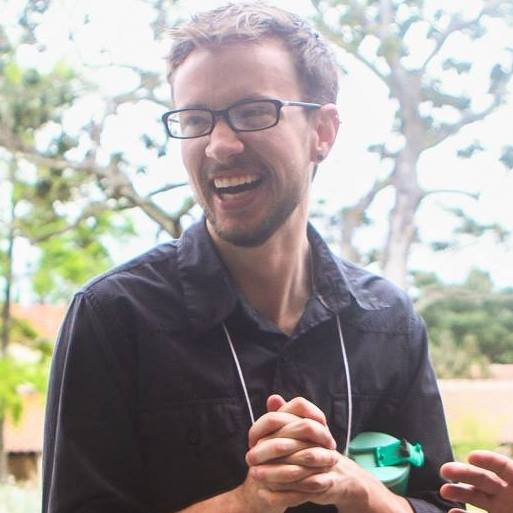 Asher O’Callaghan is the program director of Extraordinary Lutheran Ministries. Proclaim is one of the programs of ELM. There are two other programs: Ministry Engagement and Accompaniment. In the Ministry Accompaniment program, we help congregations get ready to call an LGBTQ+ rostered minister. In the Accompaniment program, we walk alongside LGBTQ+ candidates so they won’t have to go through the sometimes convoluted processes of candidacy, seminary, and interviewing for a first-call alone.