At 15, I was having a real doozy of a time learning to express my unique and authentic self: I was a bicurious young Lutheran navigating the cliques of straight-laced, almost exclusively white youth in the aggressively heteronormative Mennonite high school I attended. You couldn’t wear tank tops or short skirts, and you were not permitted to dance. Questioning the teachings of the Church or of Scripture was out, as was cursing or considering sex before marriage.

In these walls, which brought me spiritual darkness, a few works of art and passages of the Bible hammered through the barriers to let some light in. One of these artworks was a pop song that came through these walls like a battering ram: Meredith Brooks’ Bitch.

I do not feel ashamed

I’m your hell, I’m your dream

I’m nothing in between

You know you wouldn’t want it any other way

On the surface, it was wonderful to loudly sing a curse word–I didn’t get to hear many provocative expletives at that time–but then I also realized how liberating it was to own the idea that I could sometimes be rebellious, even mutinous, toward the status quo and still be a sinner-saint child of God. (By the way, I’m convinced that if Martin Luther had been around in 1997, he’d have loved this song). I could question God like the psalmists did, and I could stand apart from some Mennonite customs and not be an awful person or an anti-Christian.

I’m 39 now, and I recently remembered Bitch and have been regularly rocking out to it. It reminds me that God didn’t make a mistake when I was created: I am an adventurous, boat-rocking queer minister who loves to not only pray and worship but also to examine, question, and disobey when called to do so. And I hope God wouldn’t have it any other way. 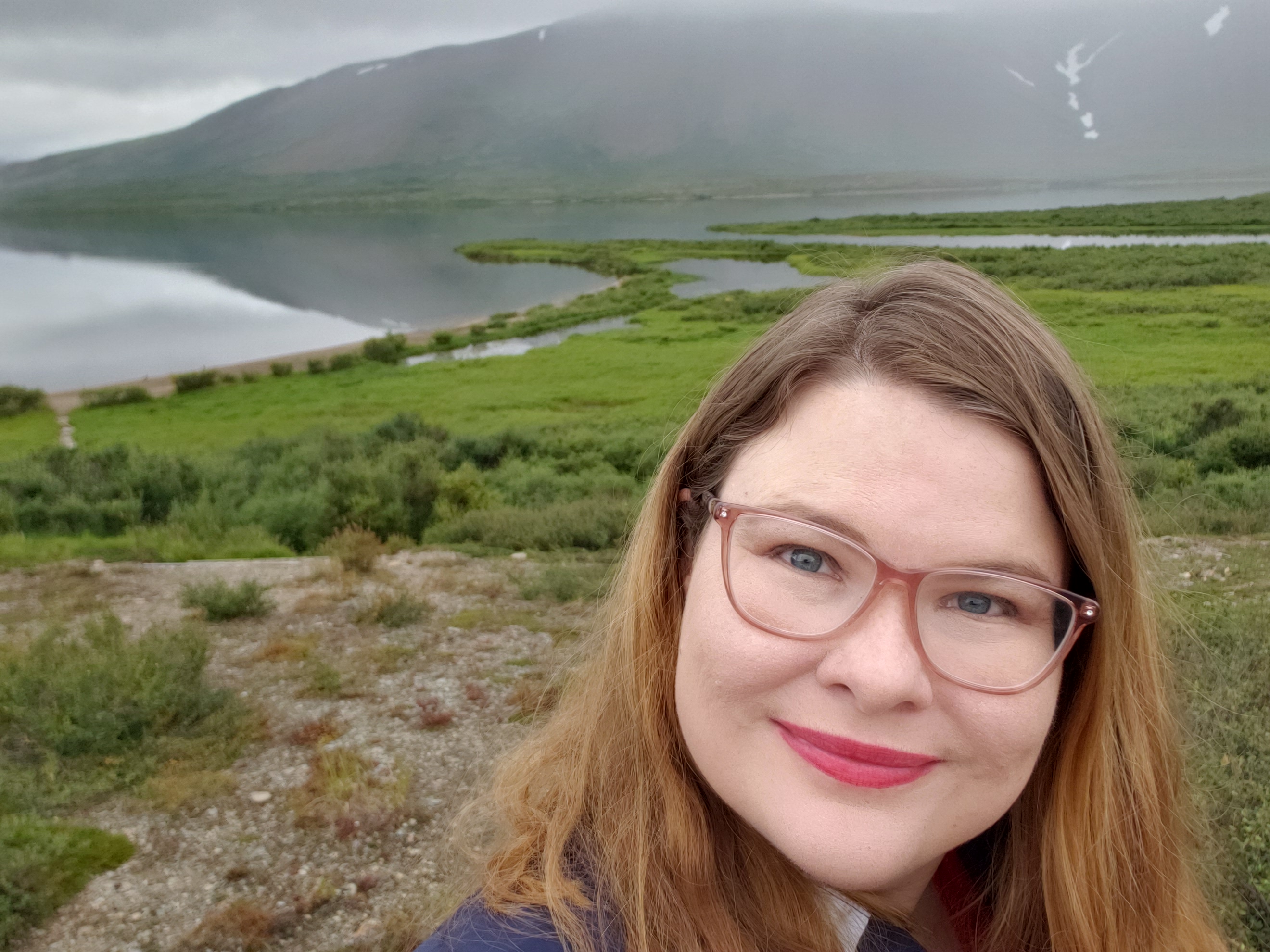 Bio: Melissa May (she/her) is a pastor who served for five years in the wilds of northern Canada and western Alaska, and is now taking some time away to rest and work part-time as she interviews for possible new congregational calls. She lives with family and her very well-traveled cat, Mia, in the Shenandoah Valley of Virginia, where she’s looking forward to in-person Trivia Nights and Dungeons and Dragons sessions eventually resuming.

“He was a son. He was a brother. He was an uncle. He was a father. He was a grandson. He was so much more, and he did not deserve this at all….I need everybody to know that he is much more than this…..He had a smile that was angelic. He lit up the room. He was funny. He played. He was an amazing son. And I can never get that back.” – Katie Wright, Daunte’s mother 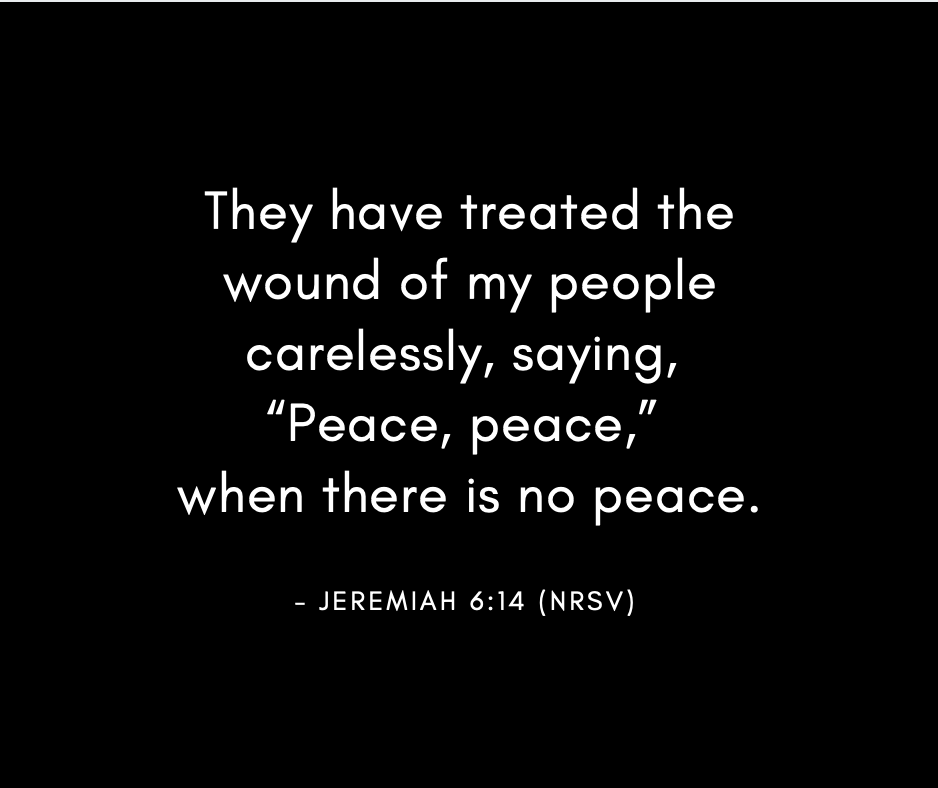 Extraordinary Lutheran Ministries denounces and laments the murder this week of Daunte Wright by Brooklyn Center law enforcement, and the murder of Anthony J. Thompson, Jr. by Knoxville law enforcement, along with the lives of the at least 33 Black people and 23 other people of color killed by law enforcement so far this year. Every time Black, Brown, and Indigenous lives are ruthlessly taken by the hands of white authority, the wounds of the world grow deeper and their cries resound in God’s ears.

In the Gospel, Jesus names the love of God as central for the work of justice, and teaches that we are to love our neighbor as ourselves. By linking love of self, love of neighbor, and love for God, Jesus calls us to refuse a self-love that is rooted in supremacy and death. The white members of ELM’s board and staff name our own culpability in the ways we have not lived up to this Gospel call to uphold Black, Brown, and Indigenous lives as not only beloved of God – but also made in God’s image and worthy of life in abundance. We join our voice in naming and repenting of those ways we have clung to dehumanizing systemic powers that offer security for some while producing death and suffering for many. We renounce the idols of white supremacy, the demonic forces of racism, and the death-dealing violence that come as a result.

ELM recommits to an anti-racist identity at every level of the organization and implores white members of Proclaim, those who support ELM’s mission, and predominantly white communities of faith to the following calls to action:

Donate to BIPOC activists on the ground in Minnesota and Knoxville:

*Check in with and care for your siblings of color. DO SOMETHING: call them, send them a care package, pay for their dinner/groceries. Make specific offers to redistribute resources and ask what support they need.

Commit to reparations in the ELCA: Click on the following link to make a contribution through Immanuel Lutheran Church in Seattle to the 66th Synod fund. The 66th Synod Fund is named in memory of the Alpha Synod and Jehu Jones and is devoted to helping elderly Black ministers survive after years of serving congregations without the ability to have adequately paid their pastors. The endowment is led by a Board of Black women in the ELCA.

Sign up for and take action in the Movement for Black Lives: https://m4bl.org/Movement

Get mobilized on the nearly 300 local and state pending bills designed to keep black and brown people from the polls: track them through the Brennan Center, support the ACLU’s work, and get involved with the League of Women Voters’ efforts.

We pray for Black, Indigenous, People of Color experiencing relentless racialized trauma, and its ensuing exhaustion and grief, especially for those who are also LGBTQ2SIA+, disabled, or members of other marginalized communities. We pray fervently for the families of Daunte Wright and Anthony J. Thompson, Jr. and their communities. We, the white members of the board of directors and staff of ELM, ask God to give us the strength and wisdom we are lacking to start removing the sin of white supremacist thinking and ways of life from our hearts and minds. We, the BIPOC members of the board of directors and staff of ELM, pray that white people do more – stand up stronger, fight harder, and find the mettle to scream at the top of their lungs that Black, Indigenous, Latine, Asian and POC Lives Matter, and are beloved. We pray that the sacred divinity of Black, Brown, and Indigenous bodies be given the honor and reverence that our Christian faith demands.

Image Description: Over a black background, the scripture verse from Jeremiah 6:14- They have treated the wound of my people carelessly, saying, “Peace, peace,” when there is no peace.

Extraordinary Lutheran Ministries weeps with our queer Catholic siblings over Pope Francis’ words and the church’s refusal to bless queer love. Over the centuries, the Christian Church has committed and continues to commit atrocities against queer and marginalized communities: favoring cherry-picked scripture that, through a patriarchal and white supremacist lens, has inflicted real harm including suffering and death.
Extraordinary Lutheran Ministries celebrates the beauty and belovedness of all queer identities and the many ways queer families are formed. We claim the Theology of the Cross as a queer gift of grace: radical honesty about the world in which we live, radical love that holds our wounds along with our joy, radical liberation that centers the marginalized and stigmatized, and radical affirmation of our true identities as the beloved of Christ made in God’s image.
We also need to point out “the log in our own eye” by acknowledging that the church in which many of our leaders are called and ordained, the ELCA, is not exempt from similar statements, beliefs, and actions regarding queer children of God. The ELCA continues to enact policies that keep queer people from answering God’s call to ministry and subject them to harm.*
In his essay, “The Prodigal Church,” queer Lutheran saint, Joel Workin, imagines the church as the wayward prodigal child who returns home to the forgiving parent: the queer community. As the queer family waits expectantly at the mailbox at the end of the driveway for the church to come home, Joel finishes this imagery with these words:
Childish as the church may seem and act, it is not a child. LGBTQ Christians, therefore, await a Church that comes home as an adult. Not happily perhaps, not jumping and skipping, even with some fear and concern, but of its own will and confessing with its lips and heart that “I have sinned against you and against God.”
The queer community is still expectantly waiting like a loving, patient parent for these words of confession. In the meantime, ELM and the queer leaders we organize continue to communicate and embody the Good News of Christ’s radical love by boldly advocating for marginalized communities and loving our neighbors — and celebrating who they love.
We join our queer Lutheran voices with those of our Roman Catholic siblings in boldly declaring “queer people are God’s beloved!”
Extraordinary Lutheran Ministries anticipates a church in which queer leadership is valued, empowered, and celebrated: where queer-led ministries are dynamic and thriving; all marginalized communities are liberated and honored, and

justice flows from the sacraments as they overwhelm us and bring us to life.
* “Human Sexuality: Gift and Trust,” adopted at the ELCA Churchwide Assembly in 2009, continues to define marriage in heteronormative terms (i.e. between a man and a woman, a husband and wife, etc.) and through a teaching called “Bound Conscience,” makes space for ELCA Lutherans to claim that “they believe same-gender sexual behavior is sinful, contrary to biblical teaching and their understanding of natural law…They therefore conclude that the neighbor and the community are best served by calling people in same-gender sexual relationships to repentance for that behavior and to a celibate lifestyle.” (p. 20)
Thank you for being an avid reader of the ELM Blog!
Did you know, over the past decade ELM has curated a weekly blog with 750+ blog posts?! Many unique queer & ally voices have shared their ministerial experiences, their Gospel truths, their life stories, their hearts & souls in the ELM Blog. We’re grateful for their courage & prophetic voice!
In February, ELM will take a break from the weekly blog as we attempt to gather the community’s perspectives on where the ELM Blog should go in 2021 and beyond. To collect this information we’re asking you to fill out this survey. The survey is estimated to take between 5-10 minutes to finish and includes an opportunity to leave your email if you would like to be contacted to write for the ELM Blog.
Again, here is the survey.
Thank you for your continued support of queer ministry leadership and we look forward to your input!